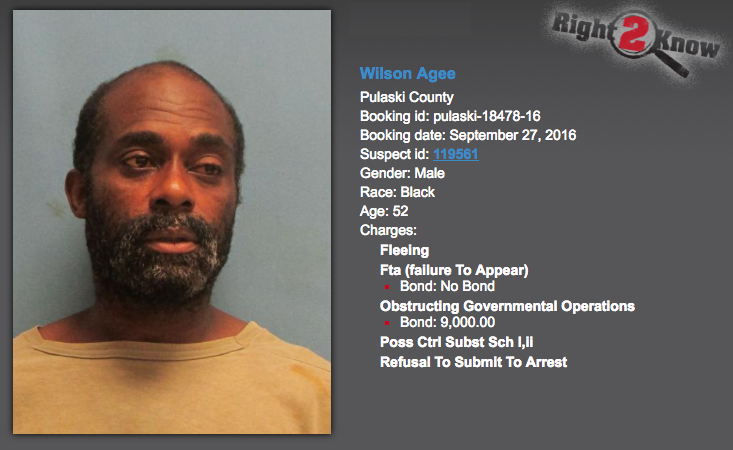 A bicyclist was arrested Monday night on various charges, including fleeing an arrest and cocaine possession, according to the North Little Rock Police Department.

Police originally stopped 52-year-old Wilson Agee of Little Rock near the intersection of 2nd Street and Clover Street for not having proper lighting on his bicycle, according to a police report. Officers let him go with a warning after determining he had no outstanding warrants, police said.

Police then discovered Agee had falsely identified himself as his brother, Allen, instead of as Wilson Agee, who does have outstanding warrants, according to the report.

When police found Agee again around 11:35 p.m., he ran away, according to the report. Officers followed Agee and apprehended him near Washington Avenue after spraying him with pepper spray when he would not submit to arrest, police said.

While he was running, officers saw Agee toss a small plastic baggie onto the ground, police said. The contents of the baggie tested positive for cocaine, according to the report.

Agee was charged with possessing a controlled substance, refusal to submit, fleeing and obstructing government operations, according to the report.

He was transported to the Pulaski County sheriff's office, and his bail is set at $9,000. A court date is scheduled for Wednesday.