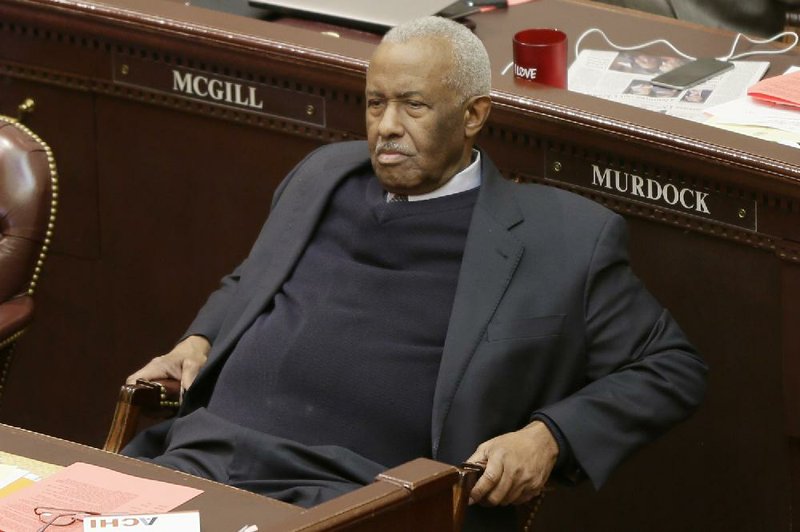 Police have dropped a misdemeanor charge of obstructing governmental operations against Arkansas Rep. John Walker, D-Little Rock, who was arrested after refusing to leave a traffic stop he was filming.

The Little Rock Police Department on Tuesday morning announced the opening of an internal investigation into the arrest of Walker, 79, who, along with fellow Little Rock attorney Omavi Kushukuru, was taken into custody Monday after officers thought they were moving too close to the stop at Commerce and East Ninth streets.

"An internal affairs investigation has been opened into whether any policy violations took place," the department said in an update shortly after 3 p.m. "A review of future training opportunities is also being conducted."

Tuesday afternoon, the agency also said that it had dropped the charge against Walker, adding that it sent an apology letter to the state lawmaker.

The apology letter from Little Rock Police Chief Kenton Buckner, obtained by Arkansas Online under the Freedom of Information Act, states that Walker "should not have been arrested" after speaking with the city's legal counsel.

"In light of my conclusion, I am writing to extend an apology on behalf of the Little Rock Police Department," Buckner wrote. "The charge against you will be dismissed as soon as possible."

In response to Buckner's apology, Walker sent a letter Tuesday evening to the police chief and City Manager Bruce T. Moore stating that the legislator could not in good conscience accept the apology, adding that the actions of police have a "grave negative impact on the Little Rock black community's relationship with the LRPD."

"I appreciate your effort to address the matter by providing further training to your officers. However, you must also recognize the issue of racial bias that is pervasive in some quarters of the police department," the response, obtained by Arkansas Online, reads in part.

Walker said that black officers at the stop "did not speak to us and appeared to be taking orders."

Two men — the vehicle's driver, 27-year-old Cedric Bell, and a passenger, 24-year-old Gary Gregory — were arrested during the stop after both were found to have outstanding warrants.

During their arrests, Walker was questioned as to why he was recording, reportedly telling Bell and Gregory: "I'm just trying to make sure they don't kill you."

In 1998, a similar charge of obstructing governmental operations was dropped against Walker, who in that incident stood near a patrol car with two men in a vehicle, telling authorities, "I want to watch how you abuse black people," the Arkansas Democrat-Gazette previously reported.

Walker and state Rep. Richard Womack, R-Arkadelphia, co-sponsored a bill, passed in 2015, that is intended to protect the right of Arkansas residents to record or photograph events in public places.

McClanahan said that no one had been suspended or terminated in the police department as of Tuesday.

In the department's apology letter, Buckner added that Walker will be reimbursed for the $1,000 bond he posted for his release from the Pulaski County jail.

Arkansas Online has requested dashboard-camera video taken at the scene. It had not been made available as of Tuesday afternoon.

Check back with Arkansas Online for updates and read Wednesday's Arkansas Democrat-Gazette for full details.