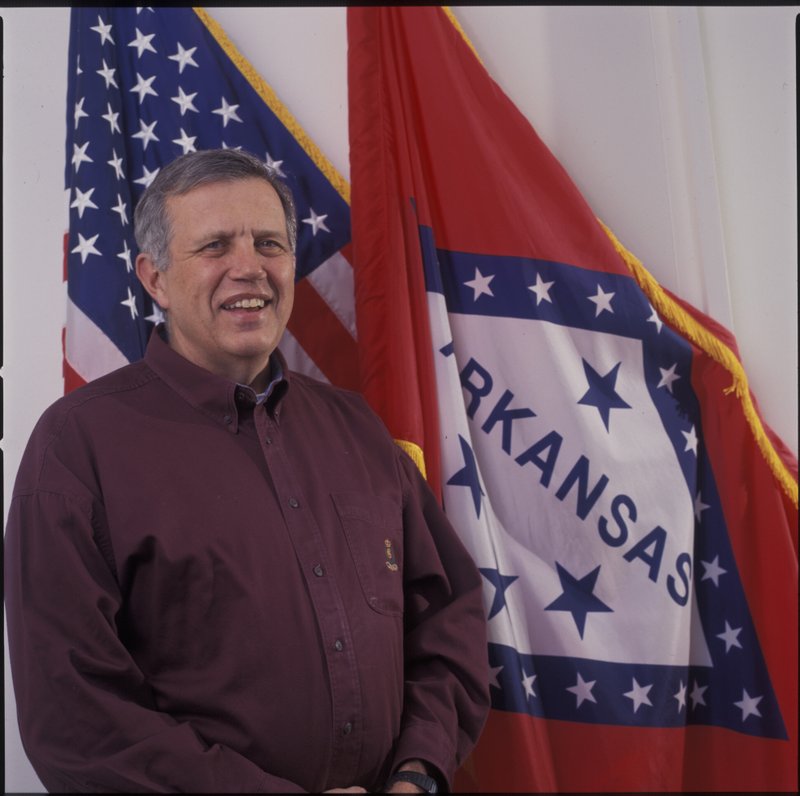 Jay Dickey is shown in this 1997 file photo.

LITTLE ROCK — A four-term Arkansas congressman who sponsored a bill to prevent certain research on gun violence and its effect on public health — and who later said he regretted the law — has died. Jay Dickey was 77.

Dickey served from 1993-2001. Among his most disputed bills was a 1996 measure prohibiting the Centers for Disease Control and Prevention from conducting research on gun violence. He said later that the research could have been done without infringing on the rights of gun owners. President Barack Obama lifted the ban in 2013, through an executive order.

"I'll always remember Jay for his steadfast commitment to the people of Arkansas and this country," said former U.S. Rep. Mike Ross, a Democrat who defeated Dickey in 2000 and 2002. "We often talked about the issues of the day, but we also talked about our faith. He was a born-again Christian and was very public about it. He was a good man who served our state and nation faithfully."

Republican Gov. Asa Hutchinson said in a statement that he had never seen someone as determined as Dickey to fight for the people of his district. The two served in Congress together.

"Jay was one of those unique people who loved life and everyone around him," Hutchinson said.

"Jay Dickey was a trailblazer in Arkansas politics, becoming the first Republican elected to represent the 4th Congressional District," Westerman said. "During his four terms in Congress, Jay advocated for the people of Arkansas as a member of the Appropriations Committee and stood for small town values during his time in Washington."

Dickey also was Pine Bluff city attorney and had served as a special justice on the Arkansas Supreme Court. His ex-wife served a year as chief justice two decades later.

A hubbub arose after Dickey's 2000 loss to Ross: A number of people in Jefferson County had voted at the courthouse on Sundays during the early voting period. After then-Gov. Mike Huckabee said the votes were illegal because courthouses are typically closed on weekends, the Republican Party contemplated filing a challenge. Records showed Dickey was among those who had voted on a Sunday, and the matter was dropped.

"He was a good man and a man of deep faith," Cotton said in a statement. "Jay was one of a kind and we're richer as individuals and as a state for having had him in our lives."