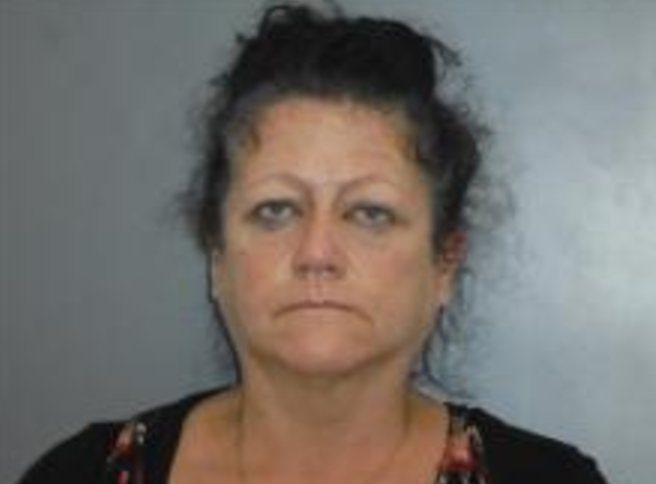 A prosecutor has increased to second-degree murder a charge against a caretaker accused of biting an elderly Cherokee Village woman who later died.

Collins was originally charged with first-degree battery May 12 after police found Jane Palmer Sandefur, 92, covered in blood on the floor of her Cherokee Village home May 11. Authorities said they also found Collins, who appeared to be unconscious, lying next to Sandefur.

"The victim appeared to have part of her chin bitten off," the police chief wrote in the affidavit.

Crook said Collins had blood on her mouth and smelled of alcohol.

A toxicology report indicated Collins had a large amount of alcohol in her blood, Boyce said.

Sandefur was taken to White River Medical Center in Batesville. She told investigators that Collins had bitten her.

Sandefur died May 18 of complications from pneumonia.

Sandefur's son, Scott Sandefur, told police that he hired Collins to care for his mother. Boyce said he didn't know how long Collins worked for Sandefur.

Police arrested Collins on May 11, and Boyce charged her a day later with first-degree battery and abuse of an impaired and endangered person. She was held in the Sharp County jail in Ash Flat in lieu of $50,000 bond.

Her attorney, R.T. Starken of Cherokee Village, requested that Collins undergo a mental evaluation to determine whether she was fit to be tried.

Starken did not return a telephone message left at his office Wednesday afternoon.

Boyce said he waited for a medical examiner's report before filing the charges against Collins.

"It's a bizarre case," he said. "I've never seen anything like this."

Boyce said that under the law, people can be charged with second-degree murder if they cause injuries that lead to the death of someone. The prosecutor said the bites to Jane Sandefur did not kill the woman but that they put her in the hospital, where she contracted the pneumonia that ultimately led to her death.

"I had no problem drawing conclusions that [the bites] led to serious injury that caused her death," Boyce said.

Collins still faces a charge of abuse of an endangered or impaired person, as well as resisting arrest and disorderly conduct.

Boyce said Collins' next court date will be set after she completes a mental evaluation.