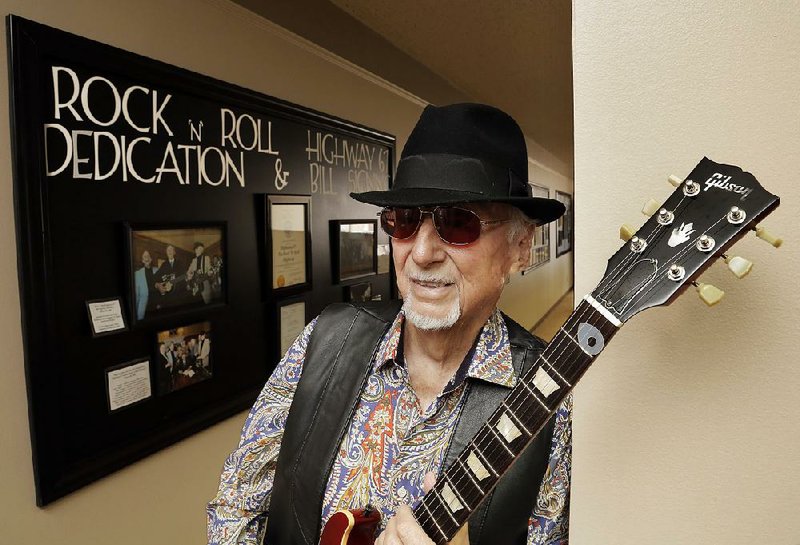 Albert Austin “Sonny” Burgess, the Arkansas musician who made his name playing alongside rock ‘n’ roll greats during the heyday of Sun Records, died Friday night.

The Newport-born musician grew up listening to KNBY-AM, 1280, and playing gigs at the Silver Moon Club and Porky’s Roof Top Club.

In Memphis, he played for Sam Phillips, the owner of Sun Records, who signed him on with the Pacers in 1956.

The band spend the next three years making its name with songs like “Thunderbird,” “Ain’t Got a Thing” and “My Bucket’s Got a Hole in It.”

Though Burgess later traveled across the country, opening for legends like Elvis Presley, Johnny Cash, Jerry Lee Lewis and Roy Orbinson, he continued living in Newport.

In a statement Saturday, KASU, the station where Burgess hosted a Sunday-evening show for a decade, announced that the musician had died.

The Pulaski County coroner confirmed the news over a phone call.

“We mourn his passing and extend condolences to his family, his throngs of friends and fans the world over," the station said.

Beside the statement, it included a photo of the musican on stage at a concert this spring. A few months before his death, Burgess was still playing.