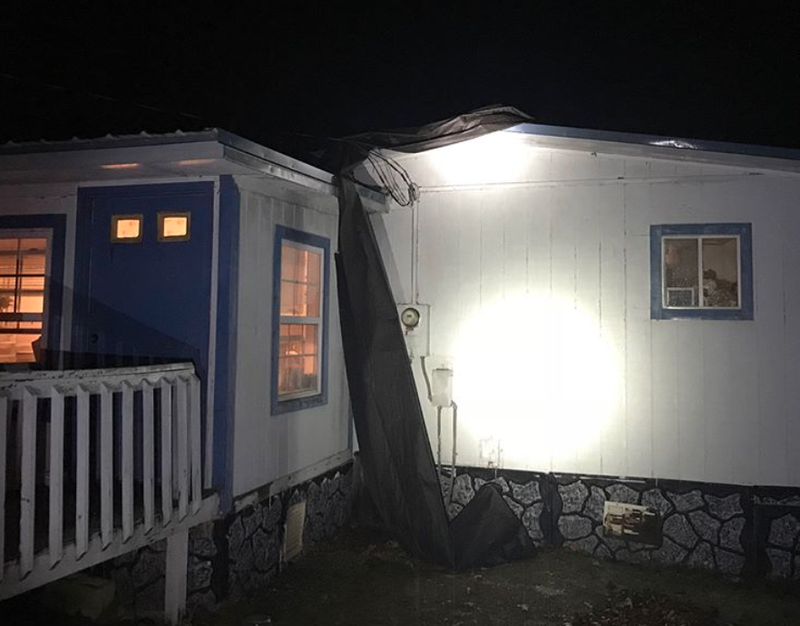 This photo posted by the Pulaski County sheriff's office shows a home damaged by strong storms on Monday night.

Strong storms that moved through Arkansas on Monday night damaged at least one structure, though no injuries were reported.

The Pulaski County sheriff's office said a home in the 31000 block of Kanis Road, which is west of Little Rock near the Paron community, had its roof blown off. Trees and power lines were also reported down in that area.

An official with the National Weather Service said the damage was believed to be caused by high winds and not a tornado.

One tornado warning was issued Monday night in Arkansas in part of Logan County in western Arkansas. There were no reports of damage there, the weather service said.