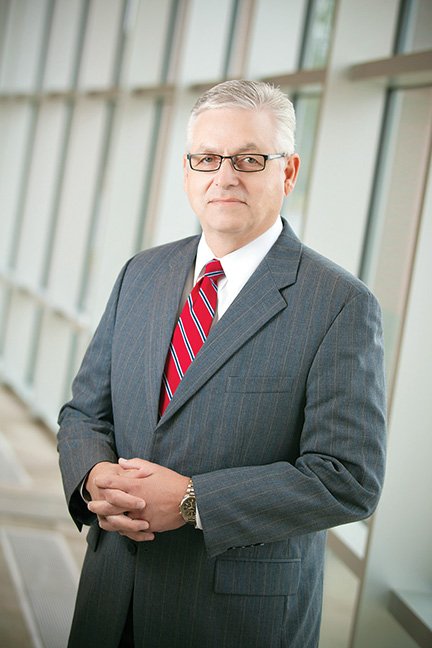 RUSSELLVILLE — Russellville School District Superintendent Randall Williams went fishing on a warm afternoon last week, and soon he’ll have plenty of time to do more of that.

Williams, who has spent 38 years in education, including 10 as Russellville’s superintendent, will retire June 30.

Twelve people have applied to date for the Russellville School District superintendent position to replace Williams.

Board President Chris Cloud said Williams gave his resignation to the board at its Jan. 17 meeting. A superintendent’s evaluation was scheduled, but Cloud said the board received the resignation and didn’t evaluate Williams.

“We’re going to celebrate his last four or five months with the district and his accomplishments,” Cloud said. “We’re thankful for the contributions he’s made to our district; we are so much better off now than we were when he got here.”

Williams, who said he has worked in every Pope County School District except Atkins, got his start in 1978 as a science teacher and coach in Dover, where he spent seven years.

“I got into coaching and really enjoyed coaching. We had pretty good teams; we were competitive,” he said.

Williams went back and forth from Dover to Hector for a few years.

After his teaching and coaching experience at Dover, he became principal at Hector High School.

“I hadn’t really started my administrative work, but I thought it was a good chance to try it and see if I liked it,” Williams said. “I absolutely enjoyed Hector and met a lot of great people there and had a lot of outstanding students.”

“I had a couple of real good years there, and then I was offered the superintendent job at Hector,” Williams said.

He filled that role for eight years.

Williams said he enjoyed seeing improvement in the curriculum, adding that it was also satisfying as superintendent to be part of constructing facilities.

“The first [construction] project in Hector was the biggest in the history of the district at that time; we built some fine-arts facilities there,” he said.

“We hit the ground running at Russellville. In 2007, I passed a millage that really changed the course of things for that district,” he said.

The 6.9-mill property-tax increase to finance a $32 million construction project was approved by 60 percent of the voters, Williams said.

“You just knew the community at Russellville was serious about their schools and wanted to have good programs,” he said.

“We were able to take advantage of low interest rates, and our assessment grew. We ended up being able to take that money and do $60 million to $65 million before we got through.”

He said the project included renovations at all six elementary schools and construction of 11 safe rooms.

“The capstone project was the fine-arts center, and we built a STEM center also at the high school,” Williams said. “In the past three or four years, we added Cyclone Arena, and we’re in the process of building an indoor practice facility.”

Williams said he is leaving the Russellville School District “financially in very good shape, facilitywise in very good shape. Of course, there’s always something. I’ve still got a head full of ideas about things we could do, but comes a time you have to pass it off to somebody else,” he said.

Williams’ advice for the new superintendent is “just the same as what I give young administrators — just think about the kids, and think about the type of school you’d want your kids to go to,” he said.

“I always had it in my mind that I wanted to leave before you get to that stage where you’re not being productive. I didn’t want to retire on the job. The timing was just good for me,” he said.

“I sat down in my office about nine years ago now, closer to 10, and on a legal pad made a list of things I wanted to get done for the district based on what the board was saying, and I’ve worked my way through about all those things,” Williams said.

“I never left a job because I didn’t like it,” he said.

Williams and his wife, Tonya, have four grown children and three grandchildren, with whom he said he plans to spend more time. He also plans to go fishing more.

“I enjoy the outdoors, and I’ve got some plans to do some float trips. Any stream that can float a canoe is a good target for me,” he said.

Cloud said the board doesn’t want to rush hiring a replacement for Williams. No deadline has been set for accepting applications.

Applicants, to date, are as follows:

• Mark Gotcher of Russellville, deputy commissioner of the Department of Education;

• Dudley Hume of Whitehall, superintendent of the Woodlawn School District;

• John Parrish of Booneville, superintendent of the Booneville School District;

• Albert Snow of Fordyce, superintendent of the Fordyce School District;

• Rena Taylor of Russellville, Realtor with Coldwell Banker; and