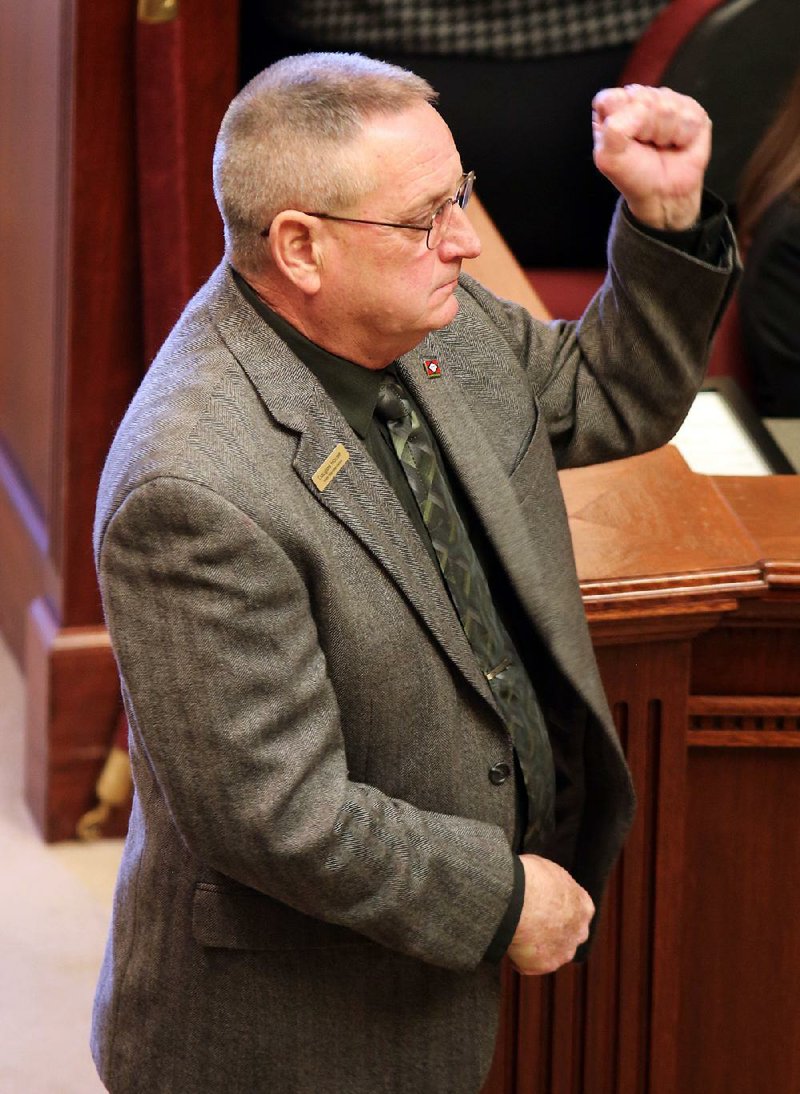 Rep. Doug House gestures Friday regarding House Bill 1369, one of five medical-marijuana measures he sponsored. All were approved in the House.

Legislation to increase the amount of beer that microbreweries can brew cleared the House on Friday.

House Bill 1272, by Rep. Grant Hodges, R-Rogers, passed 76-2. It heads to the Senate for further consideration.

The bill would allow microbreweries to manufacture up to 45,000 barrels per year, up from 20,000 barrels. It would allow the transport of beer between up to three microbrewery-restaurant facilities, so long as they are commonly owned.

The bill would also allow for a separate brewing facility to meet the demands of a microbrewery chain.

"I would appreciate a good vote so we can accommodate the growth of this industry, allow them to grow and expand, hire more people, pay more taxes, all that good stuff," Hodges said.

For 5 Rx-pot bills, it's Senate's turn

The bills would define what felony offenses bar a person from operating marijuana facilities; add a licensing process for transporters, distributors and processors; and allow the FBI to perform criminal background checks.

The bills also would allow Alcoholic Beverage Control to regulate packaging, advertising, flavor, shape and labeling so that medical marijuana does not appeal to children and ensure that the state is reimbursed for enforcement and regulation before other entities receive money from the medical-marijuana program.

The bills were sponsored by Rep. Doug House, R-North Little Rock. They head to the Senate.

Also Friday, the House filed bills to prohibit medical marijuana advertising, place the Arkansas Medical Marijuana Commission within the Department of Finance and Administration and allow the commission to collect fees.

For a complete list of medical marijuana-related bills, go to: arkansasonline.com/marijuanabills.