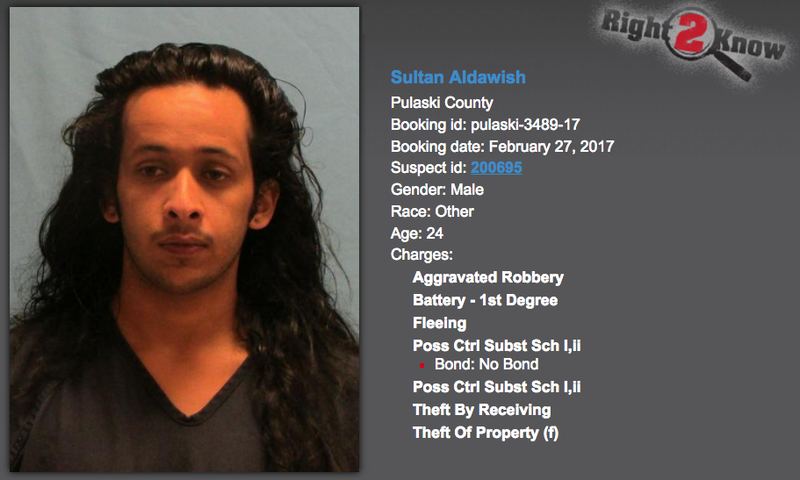 A man was arrested early Monday morning after he shot a clerk during a robbery of a gas station in southwest Little Rock, authorities said.

Police said in a report that 24-year-old Sultan Aldawish of Little Rock shot an employee at the Shell Superstop at 10101 Interstate 30 before fleeing the scene. The report did not detail the extent of the employee's injuries.

Officers followed Aldawish's vehicle and watched a handgun get thrown from the driver's side window, the report said. Police recovered the weapon, and Aldawish was eventually arrested around 12:30 a.m. on Interstate 40 at the Maumelle exit, the report said.

Officers reported finding marijuana and Xanax pills on his person.

He is being held at the Pulaski County jail without bail. A court date is scheduled for March 6.