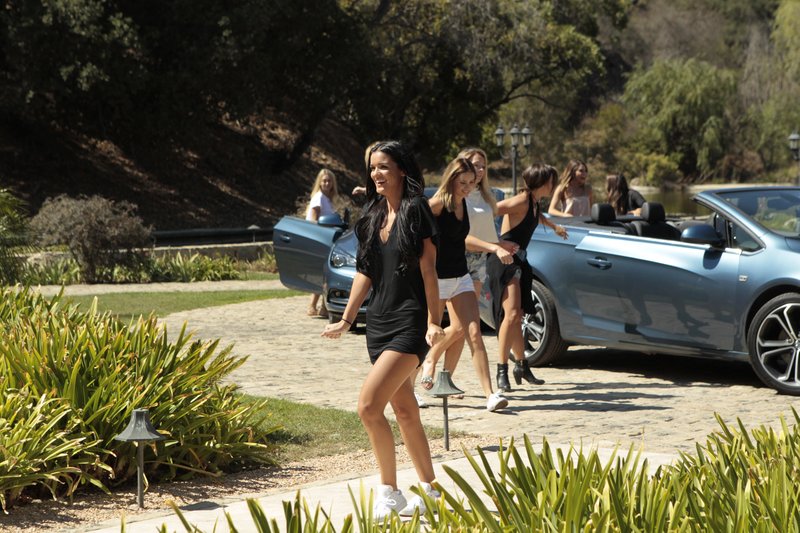 Raven Gates appears on 'The Bachelor' in this photo provided by ABC.

The Arkansan competing on the reality show The Bachelor advanced to the next round in an episode that aired Monday night, though viewers in Little Rock didn't see part of the program in which she described a purported confrontation with an unfaithful boyfriend in Arkansas' capital city. The station said the interruption was caused by a technical problem.

Raven Gates, a 25-year-old fashion boutique owner from Hoxie in Lawrence County, received a rose at the end of an extended date with Bachelor Nick Viall during the episode, ensuring she will return for at least one more week.

During the date, Viall asked Gates about a previous relationship that was said to have ended because of her boyfriend's "infidelity."

"I actually walked in on it," Gates recounted, describing how she got word that her boyfriend at the time was with another woman.

"I was super hurt," Gates said. "And I said, 'Mom, he's with another woman.' And my mom handed me her keys and said 'go.' So I got in the car and sped all the way to Little Rock, had the key to the house."

Screenshot of a tweet posted by Raven Gates, a contestant from Arkansas competing on "The Bachelor." 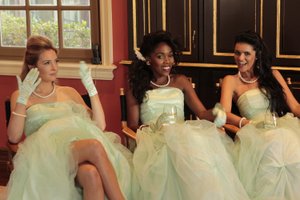 Raven Gates, far right, appears on 'The Bachelor' in this photo provided by ABC.

At that point in the broadcast on Little Rock's ABC affiliate, KATV, the story cut off mid-sentence and three commercials aired. When it returned, Gates was telling Viall that the negative experience had helped her to move on and appreciate her worth.

In a version of the episode posted online Tuesday without the interruption, Gates talks of kicking down the locked bedroom door and finding her boyfriend and the other woman. She says her "head spun around like The Exorcist" before she "picked up her stiletto off the ground and beat him in the head with it."

Several viewers took to Twitter to ask the station why it had interrupted the program. And Gates herself posted that the story had been "censored."

"Everyone is asking me what what happened," Gates wrote about 40 minutes after the show ended in a tweet that was later deleted. "Little Rock & central AR area censored my story. [You'll] have to find the clip elsewhere."

Mark Rose, general manager of KATV, said Tuesday that the problem was caused when a master control operator "unfortunately logged in the wrong commercial times" and the ads aired during the show itself instead of at the appropriate break.

He said he had seen suggestions on social media that the move was intentional, but he said such claims are "not true."

Viall offered Gates the rose soon after the show returned and after an interview segment played in which he spoke highly of her. The episode centered on contestants visiting Viall's hometown in Wisconsin. During the date, Gate met Viall's parents and younger sister during visits to a youth soccer game and skating rink.

"The more I learn about Raven, the more I realize that there's this very interesting, sassy woman, which I love," Viall said. "She is someone that I'm going to have to keep my eye on because I think Raven has so much potential and someone that I'm looking to spend the rest of my life with."