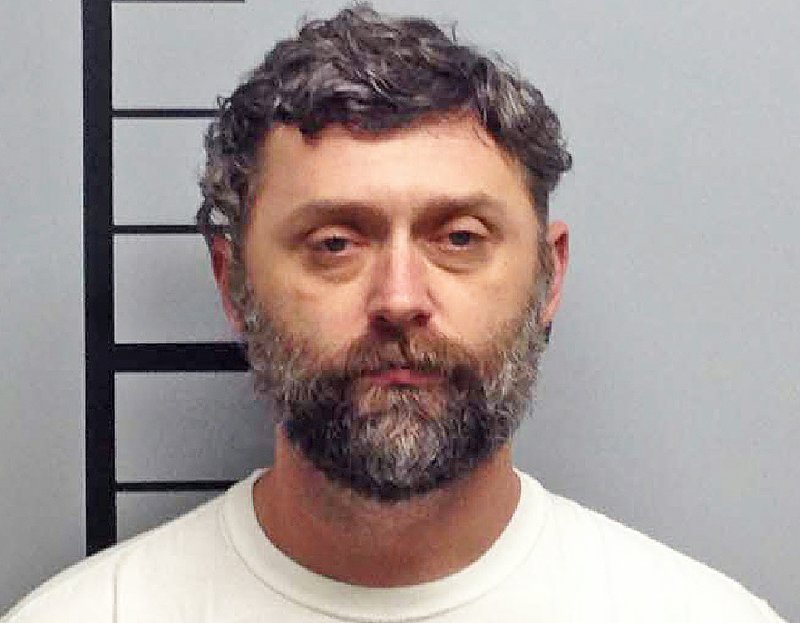 BENTONVILLE -- A teen girl faced the man who was supposed to help her as a teacher and coach, but instead preyed on her.

The 17-year-old girl stood in a courtroom Thursday morning as Richard Thomas Riley, a former teacher, was sentenced to 24 years in prison.

Luke Bowers, an administrator with Life Way, said the school fired Richard Riley, who worked there since 2013. Riley taught physical science and world history, primarily to freshmen and sophomores. Life Way Christian School, a ministry of First Baptist Church of Centerton, started in 2000. It has about 575 students enrolled in preschool through grade 12.

Riley taught at Life Way Christian School in Centerton. He was accused of having a sexual relationship with a 16-year-old student and having nude photographs of the girl. Riley was arrested Feb. 27.

"I could have kept quiet," the girl read in her statement. "I could have rolled over and been the scared, meek, nice girl you thought I'd be, but I want my words to pour out my mouth and ring to your ears like bullets raining down on you until the day you die."

The girl said she still was rebuilding her life. The teen told Riley she forgave him, but she made it clear he was out of her life.

"Don't come looking for me because the girl you'd be searching for is gone. Please understand this is the end, that this is me saying goodbye and not see you later because, quite frankly, I never wish to see you again."

Inmates and others in the audience applauded after the girl read her statement, Cearley said.

Riley had an opportunity to speak in court, but didn't.

The case was referred to the Benton County Sheriff's Office after a father said he found sexually explicit messages and nude images from Riley's Facebook Messenger to his daughter on an iPad, according to the probable cause affidavit.

The girl was interviewed and said she sent nude photographs to Riley. The girl said she had sex with Riley numerous times at his home, and she thought they were in an exclusive relationship, according to the affidavit.

Riley told detectives he sent nude photographs to the girl and received photos from her. Riley admitted to having sex with the girl multiple times. Riley lived in Centerton while teaching at the school.

Riley was sentenced to 24 years in the Arkansas Department of Correction. He must serve at least six years before he's eligible for parole. Riley must abide by a suspended sentence agreement for 12 years after his release from prison, and he will be required to register as a sex offender.

Riley, who was free on a $50,000 bond, was taken into custody and taken to the Benton County Jail where he will stay until he is transferred to prison.

Print Headline: Teen delivers message to teacher who preyed on her