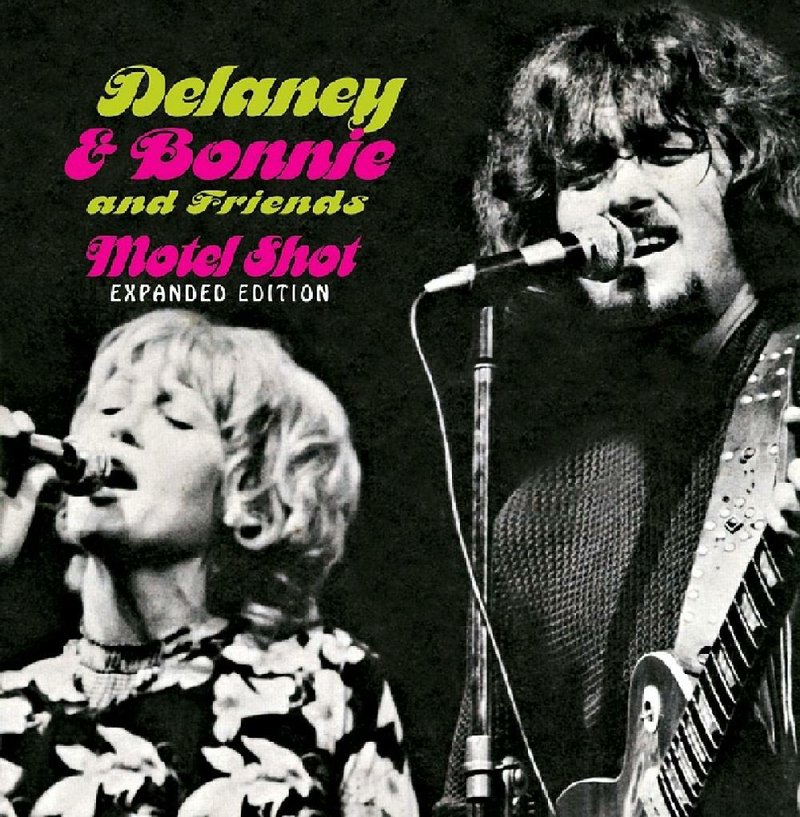 After-show jam sessions in hotel rooms, bars, on the bus, airplanes and elsewhere gave birth to one of rock's most organic, loose albums, one that is nearly unstructured. 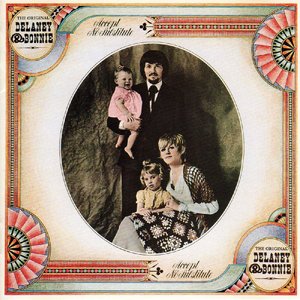 Delaney and Bonnie Bramlett wanted to give fans the experience of being at one of these sessions, to share the essence and feeling that inspired them. So they gathered their ever-shifting cast of musicians -- friends such as Duane Allman, Leon Russell and Gram Parsons -- at producer/engineer Bruce Botnick's Los Angeles home and set up in the living room to make an album.

That's the version of the album Motel Shot that the Bramletts wanted you to hear. But their record label at that time said the recording was too rough and raw, and asked them to go into a proper recording studio and re-record it.

The album that was released in 1971 was mostly the cleaned-up, fuller-sounding versions of songs from the recording studio with a few from the original sessions at Botnick's home. He recorded those sessions on a two-track recorder with two microphones.

The revised album still had an organic, loose vibe, but most of the edges were smoothed over.

Still, the recent release of Motel Shot Expanded Edition (Real Gone) is especially welcome. It has the 1971 album's 12 tunes plus eight bonus tracks from the original sessions recorded in Botnick's living room. (Botnick was the engineer on The Doors' albums.)

In the late 1960s and early 1970s, while American popular music and culture was in thrall of the sights and sounds of the Summer of Love, the Bramletts were working with a shifting roster of musicians, a diverse collective that became known as Delaney & Bonnie & Friends. The group was a soul/rock/country/gospel powerhouse, playing rootsy, sweaty and blues-soaked music that reflected the spectrum of American music. They were the opening band for a tour by Blind Faith and toured Europe a couple of times.

Other hits came along, such as "Comin' Home" with Eric Clapton on guitar; "Only You Know and I Know," and "Soul Shake."

Motel Shot came on the heels of the group's most successful album, a 1970 live recording titled Delaney & Bonnie & Friends on Tour With Eric Clapton.

D&B's mix of electric and acoustic sounds (along with the music of The Band) drew Clapton away from the band Cream and, for a time, George Harrison from The Beatles. Both played on tours with D&B. Delaney & Bonnie & Friends On Tour With Eric Clapton became the group's best-seller. Harrison is heard on a four-CD boxed set of the tour released by Rhino in 2010.

Russell was part of the Friends lineup until he left to organize Joe Cocker's Mad Dogs and Englishmen tour of 1970. Russell took most of the core members of D&B's band with him -- only Bobby Whitlock remained as Carl Radle, Jim Gordon, Bobby Keys, Jim Price and Rita Coolidge departed. (Radle, Whitlock and Gordon later wound up in Clapton's band; Coolidge became a successful solo artist.) Russell returned to the Friends fold to participate in the sessions at Botnick's home.

The music of D&B & Friends reflected the Bramletts' upbringing and experience. Mississippi-born Delaney Bramlett (who died in 2008) was a guitarist and recording session musician. He was a member of the Shindogs, the house band for the mid-1960s ABC series Shindig!, where he met and worked with guitarist and keyboardist Russell.

The Bramletts married in 1967 and released their first album, Home, in 1969 for the Memphis soul label Stax.

The sounds of Motel Shot feel familiar to many of us. Its unmistakable Southern roots are reflected in the Bramletts' immersion in gospel and blues music. The rural fabric of the South emerges in the tracks, including that of white and black churches, in songs such as the rousing "Where the Soul Never Dies," the Carter Family's "Will the Circle Be Unbroken," and traditional songs "Talkin' About Jesus" and "Rock of Ages."

The album also offers blues pioneer Robert Johnson's "Come On in My Kitchen," the Bob Wills & His Texas Playboys hit "Faded Love" and the traditional "Goin' Down the Road Feelin' Bad."

A high point of the bonus tracks is "I've Told You for the Last Time," written by the Bramletts and Steve Cropper (Booker T & the MGs). Clapton recorded the song for his self-titled solo album debut, but this version shows the song's gospel roots. An alternate take of "Come On in My Kitchen" is mostly the Bramletts singing over slide guitar, probably Allman's.

The performances are spirited and often inspired. Bonnie Bramlett's voice is passionate and driving; the instrumental interplay is loose and improvisational.

As Pat Thomas points out in his enjoyable liner notes, Delaney & Bonnie & Friends are the "godfathers and mothers" of the musical collective, an approach that would manifest in Cocker's Mad Dogs and Englishmen tour and album with, it must be pointed out again, core members of D&B & Friends. (The collective recurs in popular music, including the British soul group Soul II Soul, best known for the 1989-1990 hits "Back to Life" and "Keep on Movin'.")

Delaney and Bonnie Bramlett's devotion to blues and gospel helped make Motel Shot one of their best. They would record a few more albums, though none reached the same level of excitement or creativity.

Their professional and personal partnership came to an end with the couple's divorce in 1973. However, the influential Bramletts left an indelible mark on American music. They, along with The Band and Parsons, laid the foundation and a template for what would later become known as Americana or American roots music.