Some cite ’16 election focus for arrests, but evidence lacking by HOWARD AMOS, RAPHAEL SATTER and ARITZ PARRA The Associated Press | July 30, 2017 at 4:27 a.m. 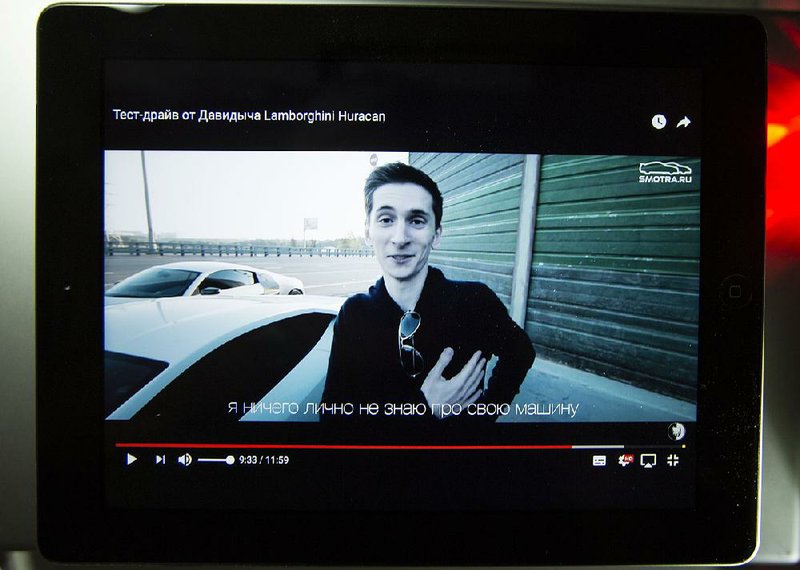 Evgeny Nikulin, shown in a Youtube video dated Aug. 2, 2015, was arrested in a Prague restaurant in October on charges of hacking into LinkedIn and Dropbox. He claims he has been offered a pardon, U.S. citizenship and refuge for his parents if he admits to hacking Democratic Party computers on orders from Russia, a claim with little or no evidence.

MOSCOW -- Pyotr Levashov appeared to be just another comfortable member of Russia's rising middle-class -- an information technology entrepreneur with a taste for upmarket restaurants, Thai massages and foreign travel.

Then police raided his vacation rental in Barcelona, Spain, marching him out in handcuffs to face charges of being one of the world's most notorious spam lords.

Levashov's April 7 arrest was one in a series of American-initiated operations over the past year to seize reported Russian cybercriminals outside their homeland, which has no extradition agreement with the United States.

The operations unfold at a fraught moment in relations between Moscow and Washington, where politicians are grappling with the allegation that Kremlin hackers intervened in the U.S. election to help President Donald Trump. Through their lawyers, several defendants have suggested that their arrests are linked to the election turmoil. Experts say that's possible, though an Associated Press review of the cases found no firm evidence to back the claim.

"There is a big hunt underway," said Andrei Soldatov, an expert on the Russian security services and co-author of Red Web, a book about Russian attempts to control the Internet. He said the recent burst of arrests made it look like the United States was "trying to understand what's going on with a very complicated world of Russian hacking and a very complicated relationship between Russian hackers and Russian secret services."

But Soldatov didn't rule out another possible explanation: The imprisoned Russians may be falsely tying their arrests to Trump's election in a bid to sow confusion and politicize their cases.

At least five Russians have been picked up in Europe as part of U.S. cybercrime prosecutions in the past nine months.

Evgeny Nikulin, 29, was arrested in a restaurant in Prague in October, accused of hacking into LinkedIn and Dropbox around the time that tens of millions of users there were compromised; Stanislav Lisov, 31, the alleged developer of the NeverQuest financial data-stealing software, was detained at Barcelona's airport during his honeymoon in January; and Yury Martyshev, 35, accused of helping run a service that let cybercriminals test-drive their malicious software, was recently extradited to the United States after being pulled off a train at the Russia-Latvia border in April.

On Tuesday, Alexander Vinnik, 38, was arrested at his hotel in Greece on charges of running a money-laundering ring for hackers that processed billions of dollars in digital currency.

Levashov, who made his first court appearance in Madrid for a brief hearing Wednesday, is easily the best known of the five. The 36-year-old is charged with fraud and unauthorized interception of electronic communications, but his spamming career is said to stretch back to the turn of the millennium, when the business of stuffing email inboxes full of pitches for cut-price pills and penny stocks was still largely unregulated.

Court documents trace how Levashov, using the alias Peter Severa, teamed up in 2005 with Alan Ralsky, an American bulk-email baron once dubbed the "King of Spam."

Ralsky described the Russian as a master of his trade.

"He made me look like an amateur," Ralsky said in a recent interview. "He got to every mailbox there ever was."

Spammers can make a lot renting out their services to those peddling gray market pharmaceuticals or pornography. Ralsky said Levashov was pulling in "more money than you could shake a stick at" and traveled widely, saying he remembered getting vacation snaps of the Russian enjoying himself at a fishing cabin in Finland or the famously expensive Burj Al Arab hotel in Dubai.

By then, Levashov had crossed American law enforcement's radar.

In 2007, he was indicted under his Severa alias as part of the case where Ralsky and several associates pleaded guilty to charges including wire fraud and mail fraud. Two years later, American authorities identified Levashov by name as the operator of the "Storm" botnet, a network of compromised, spam-spewing computers.

In the Russian hacker community, Levashov's profile was rising, too. In online forums, he promoted the idea of collaborating with Russia's spy services, according to Soldatov, the Russian intelligence expert, who said Levashov spearheaded an effort to knock out websites linked to Islamist insurgencies in southern Russia.

"He was the first Russian hacker known to have brought the FSB into the circle of the Russian hacking community," Soldatov said, referring to Russia's domestic spy agency. "His idea was to make it more patriotic."

When Levashov was finally caught, his wife, Maria, drew international attention when she was quoted as saying the arrest was "linked to Trump's win." But in a conversation with The Associated Press in Madrid on Wednesday, she pulled back from those comments.

"I think there are some political reasons in this case, but I'm not sure," she said. "I don't have any evidence."

Levashov's lawyer, Margarita Repina, offered a similar qualification to her assertion that U.S. officials were "just taking hackers with any excuse to see if any of them admits involvement in the Trump issue."

"This is just an opinion," she said. "We have no evidence."

The former spam king was also skeptical that Levashov's arrest was linked to the vote.

"They've been after him for a long time," Ralsky said.

Levashov wouldn't be alone in floating thinly supported claims that his prosecution is related to the 2016 election. Lisov was also arrested in Barcelona and spent a month as Levashov's cellmate in Madrid. His attorney, Juan Manuel Arroyo, said at a recent extradition hearing that there was "a game of chess that escapes us" between Moscow and Washington. Arroyo suggested that the American extradition request was "not normal."

A Spanish court document seen by AP officials suggests Lisov has been sought by the United States since Aug. 5, 2015, undermining the idea of an election link. Arroyo says he disputes the existence of any such request.

Nikulin, who is the subject of a conflicting extradition request from Russia, has been the most explicit. He told a judge in Prague that he was twice taken out of prison and offered a pardon, U.S. citizenship and refuge for his parents if he confessed to having "hacked the Democratic Party" on the Russian government's orders, an apparent reference to the leak of Democratic National Committee emails in the heat of the U.S. presidential race.

Nikulin said he rejected the offer, and his lawyer Vladimir Makeev later wrote a rambling letter warning Trump that the bureau was railroading Nikulin to undermine his presidency.

In an interview at his office in Moscow, Makeev said his client was being pressured by "certain unscrupulous representatives of the FBI that wish to have an impeachment carried out on president of the United States."

There's little evidence for that claim.

Nikulin was in fact questioned in the presence of an FBI agent from the bureau's San Francisco office, according to a Russian-language legal document that Makeev shared with the AP.

But there's no indication that the agent -- who was one of 10 officials, translators and defense lawyers listed as being present at the interrogation -- ever discussed the election or made Nikulin an offer, much less of citizenship. The FBI would not make the agent available for an interview, but a law enforcement official said no such deal was ever discussed.

Information for this article was contributed by Diego Torres, Ahmad Katib, Eric Tucker and Karel Janicek of The Associated Press. 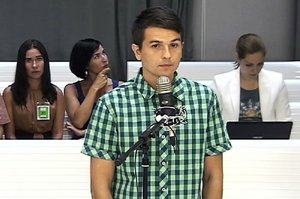 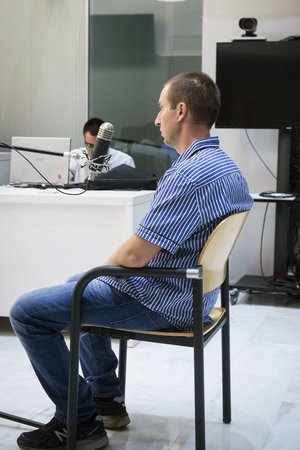