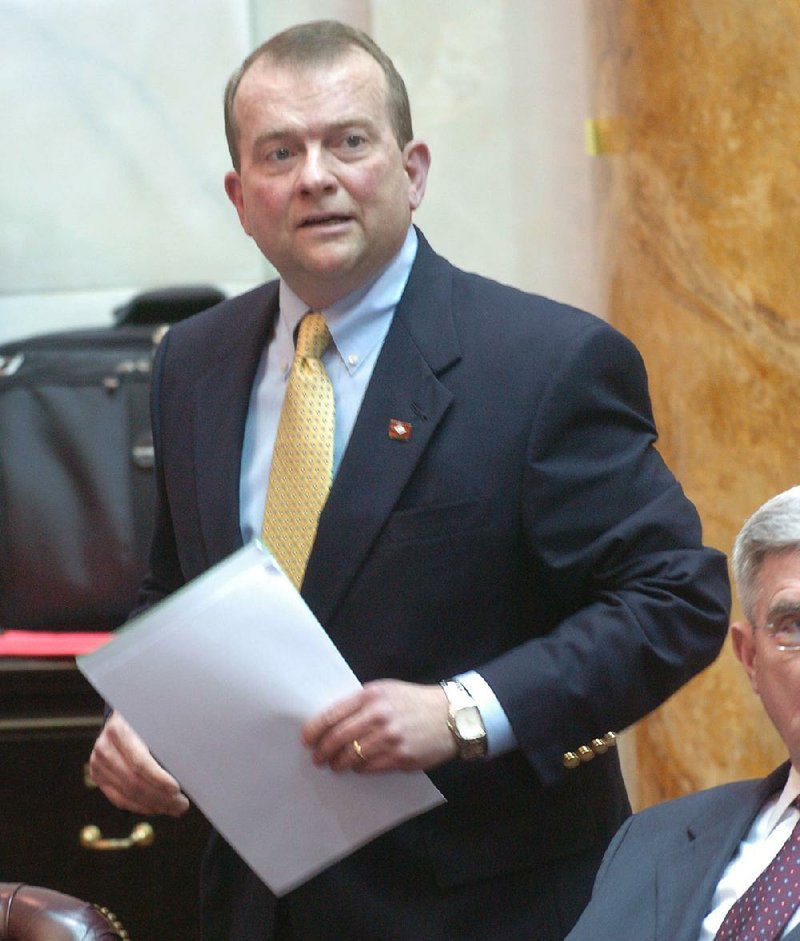 WASHINGTON -- President Donald Trump, who accused his opponents of rigging the 2016 elections, wants a former Arkansas legislator to help analyze the strengths and weaknesses of the federal voting system.

Martin and Dunn worked together when they were both in the Legislature and have known each other for years.

"The Secretary considers him a friend and recommended him as someone who would bring honesty and competency to the table," Martin spokesman Chris Powell said in an email.

"I'd love to accept the appointment if it's given to me," Dunn, 52, said in an interview Thursday. "I'll try to do the best I can to serve this country."

Trump issued an executive order on May 11 to create the panel as part of an effort to "promote fair and honest Federal elections." The commission will hold public hearings and consult with federal, state and local election officials before submitting its advisory report to the White House.

Democrats and Republicans alike have raised concerns about potential flaws in the voting system.

In the days leading up to the Nov. 8 election, Trump suggested that his opponents would try to steal the election, tweeting on Oct. 17: "Of course there is large scale voter fraud happening on and before election day. Why do Republican leaders deny what is going on? So naive!"

After defeating Democratic presidential nominee Hillary Clinton, Trump alleged that widespread fraud had masked the true size of his triumph.

"In addition to winning the Electoral College in a landslide, I won the popular vote if you deduct the millions of people who voted illegally," he tweeted on Nov. 27.

Others, including key national security officials, have raised concerns about Russian interference in the 2016 election, including attempts to hack into state and local election databases.

Dunn said that as a commissioner, he would "listen to all sides and ... try to be a reasonable voice."

The former Forrest City Chamber of Commerce executive director said the integrity of the election process is vitally important.

"I believe that all Americans ought to have the right to vote. I think that we ought to not restrict the access [to the ballot box.] That's what makes this country great," he said.

The federal advisory commission is responsible for identifying "laws, rules, policies, activities, strategies, and practices" that enhance or undermine "the American people's confidence in the integrity of the voting processes used in Federal elections."

No more than 16 people can serve on the commission, the executive order states.

On Wednesday, the White House released the names of Dunn and two others the president wants to serve: Republican Luis Borunda of Baltimore, Maryland's deputy secretary of state, and a West Virginia Democrat, Wood County Clerk Mark Rhodes.

In an interview, Borunda said he looks forward to working with Dunn and the other appointees.

"We are excited to be a part of the process," Borunda said.

Rhodes, who oversees elections in his county, said it's important to have voting equipment that functions properly and records that are accurate and up-to-date.

That's why his staff members scour the obituary pages and thumb through the death certificates, removing dead voters from the rolls.

"We want to make sure everything is done properly and the correct person wins," he added.