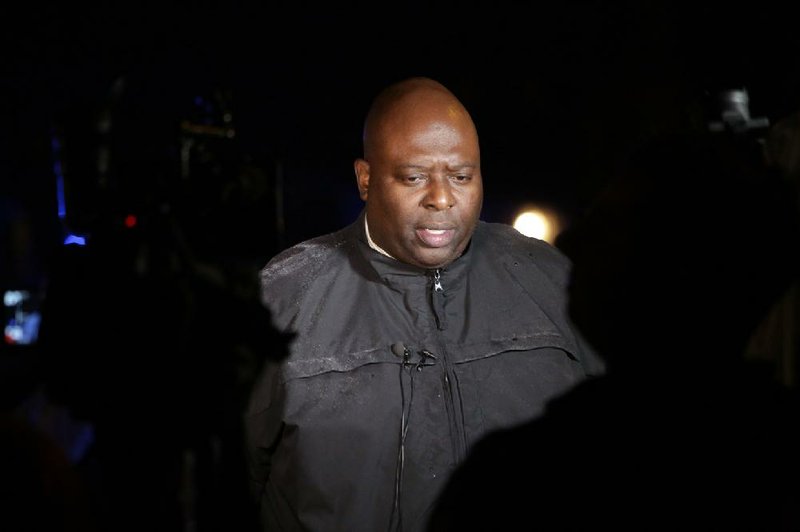 Hudson recalls his — being thrown “around like a rag doll,” struggling with a mentally ill man for control of a butcher knife.

Hudson, 27 at the time, fired his service pistol.

He was a patrol officer then, trying to arrest the man who was off his medications and had violated parole.

Hudson returned to duty days later, cleared to work, but he couldn’t forget about the life he took. It was 1995.

“You’re like, ‘God, I don’t want to get into another one.’ Because then, the eyes are going to be on you even harder,” Hudson said in October.

Hudson, who retired in January, acknowledged that there are “bad shootings, bad cops.”

But, like most law enforcement leaders, he contends that policing has improved and continues to evolve.

Conscientious police departments are doing more to train officers to have more positive interactions with people, to de-escalate tense situations and to minimize use of force, officials said.

“If you are not training your personnel on de-escalation, on some kind of diversity cultural experiences, implicit bias, crisis intervention training; if you’re not training your personnel on those things consistently — not a one-time thing, it has to be a staple of your professional diet — if you’re not doing that, you’re preparing your people to fail,” Little Rock Police Chief Kenton Buckner said.

Police are under extra scrutiny now, but people concentrating on what officers get wrong can miss how often police get it right, Buckner added.

“How many times were we in a situation where you probably could’ve legally shot someone, but we de-escalated that situation?” he asked.

“When you just look at the number of illegal weapons we’ve seized from people, to where there could’ve been a deadly force encounter, but we showed a great amount of restraint and someone didn’t end up shot or dead in that situation, I don’t think we get enough credit.”

Officers in accredited departments must go through a training academy, which includes coursework that goes beyond state requirements for being certified officers.

Accredited departments must also regularly report and analyze their use of force.

Reporting on use of force is part of the transparency that Hope Police Chief J.R. Wilson says every modern police agency recognizes as vitally important.

Transparency includes having a robust internal affairs division and a “professional integrity” process, said Wilson, the immediate past president of the Arkansas Association of Chiefs of Police.

There are “great men and women in law enforcement at all levels who take their jobs seriously in conducting logical, truthful and honest [excessive force] investigations,” he said.