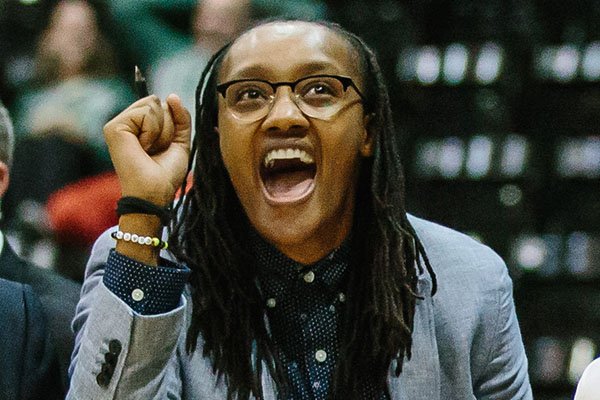 Pauline Love has been hired as an assistant coach at Arkansas after spending four seasons in a similar role at Southern Miss.

FAYETTEVILLE — Arkansas native Pauline Love will return to the state as an assistant coach on the Razorbacks' women's basketball staff.

Love, 30, who graduated from Rivercrest High School in Wilson, was officially hired Wednesday after spending four seasons at Southern Miss, where she was a three-time all-conference player from 2008-10. She joins Todd Schaeffer and Lacey Goldwire on the first staff for new Arkansas coach Mike Neighbors, who was hired from Washington in April.

"The final piece of our coaching puzzle is in place...," Neighbors said. "The people in our program will always be of the utmost importance and focus, and she (is) everything we look for in a person and in a coach."

With Love, three of Arkansas' four women's coaches have ties to the state. Neighbors grew up in Greenwood and twice was an assistant for the Razorbacks, and Schaeffer is a former head coach at Arkansas Tech and Greenbrier High School, and assistant at Arkansas State.

"The bonus of having another Arkansas person who has cultivated relationships throughout the SEC footprint will be felt the second she steps on campus," Neighbors said.

Prior to coaching at Southern Miss, Love was an assistant coach at McNeese State. She played one season with the WNBA's Connecticut Sun.