Bill, Hillary Clinton to speak together at Little Rock event 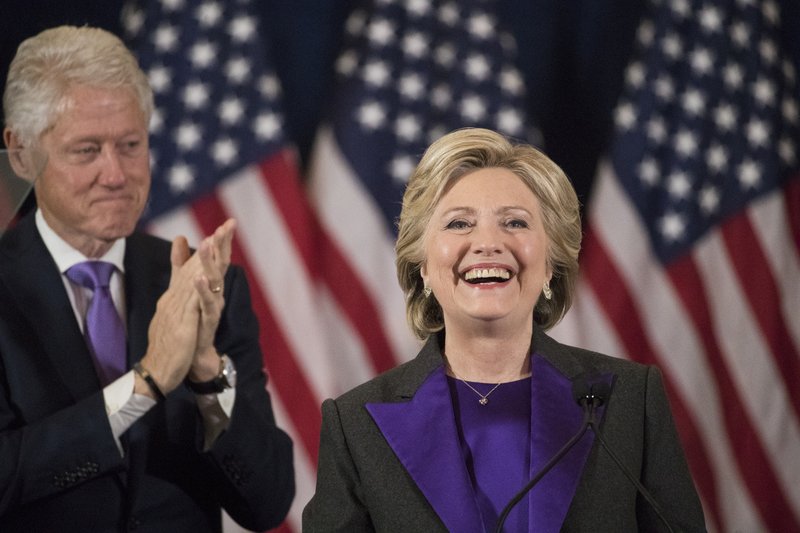 In this Wednesday, Nov. 9, 2016 file photo, former President Bill Clinton applauds as his wife, Democratic presidential candidate Hillary Clinton speaks in New York, where she conceded her defeat to Republican Donald Trump after the hard-fought presidential election. Hillary Clinton's aides and supporters are urging dispirited Democrats to channel their frustrations about the election results into political causes - just not into efforts to recount ballots in three battleground states.

LITTLE ROCK — Bill and Hillary Clinton are appearing jointly at a lecture in the former president's home state later this month to mark the 25th anniversary of his 1992 election.

The Clinton School of Public Service and the Clinton Foundation said Thursday that the former first couple is appearing at a "special conversation" Nov. 18 that will be moderated by political strategist and commentator James Carville. The event is being presented through the Frank and Kula Kumpuris distinguished lecture series.

The announcement said the two will discuss the 1992 campaign, their time in the White House and their public service careers.