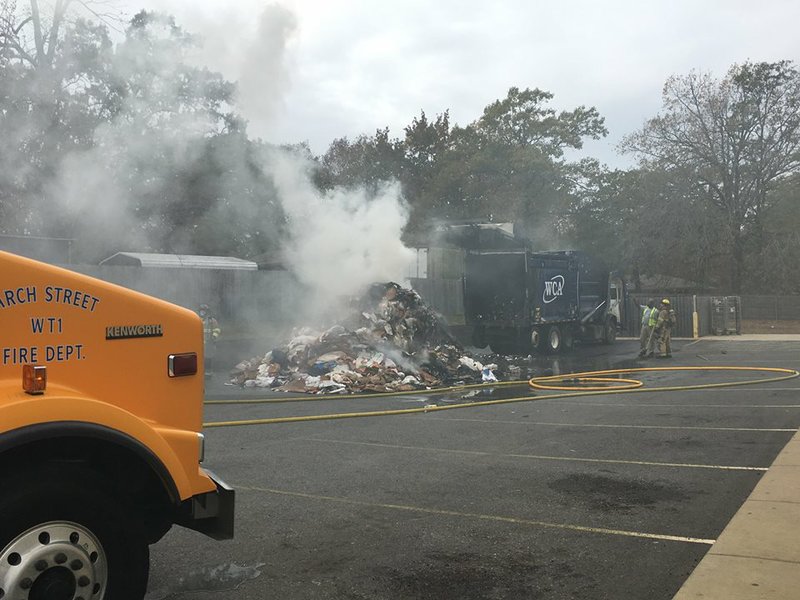 A garbage truck dumps its load that caught fire in the 14000 block of Arch Street in Pulaski County on Wednesday, Nov. 15, 2017.

In an 11 a.m. Facebook post, the agency wrote that the blaze was noticed near the 14000 block of Arch Street, which is near the road's intersection with Pratt Road in the southern section of the county.

The vehicle reportedly dumped its contents so the fire could be extinguished. The Arch Street Volunteer Fire Department quickly got the blaze under control, the sheriff's office said.