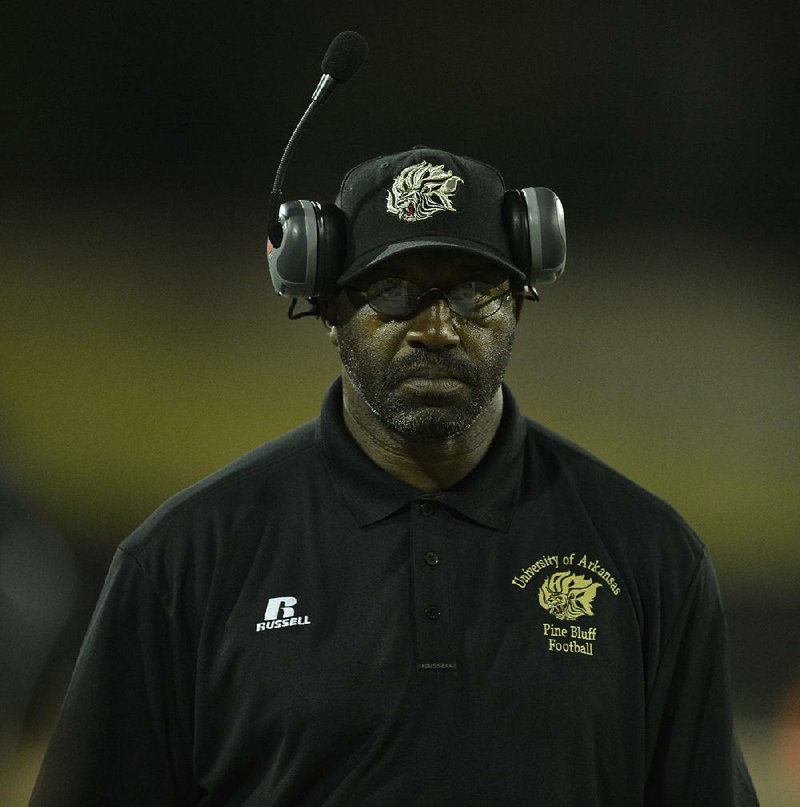 The University of Arkansas at Pine Bluff announced Monday morning that it will not renew the contract of 10-year head football coach Monte Coleman, whose contract will expire on Dec. 31.

"I thank Coach Coleman and his staff for the hard work they put forth over the years as he tried to build a formidable program at UAPB," Athletic Director Lonza Hardy Jr. said in a statement. "We wish him all the best as he now looks to the next chapter in his career. As for UAPB, it was simply time for us to make a change and start the process of returning Golden Lion football to prominence."

The university said that a committee has been formed to name a new head coach before the start of the December holiday break, and that offensive coordinator Ted White will serve as interim head coach until then.

On Saturday, UAPB (2-9, 1-6 Southwestern Athletic Conference) lost its season finale 24-10 to Texas Southern, which marked the seventh consecutive loss of the season.

"We need someone who will put a premium on winning consistently," Hardy said.

UAPB’s next coach will be the program’s 19th head football coach, and Coleman’s 10-year tenure was the longest since Lee Hardman coached 12 seasons from 1993 to 2004.

Coleman led UAPB to its first outright SWAC championship in 2012, when he was named SWAC Coach of the Year, but the Golden Lions have gone just 11-44 in the past five seasons. His overall record is 40-71.

On Nov. 19, 2007, Coleman was named UAPB’s head coach immediately after the firing of Mo Forte, who had coached the Golden Lions to a 4-7 season a year after reaching the SWAC championship game.

Coleman is a Pine Bluff native who played at the University of Central Arkansas and won three Super Bowls as a linebacker for the Washington Redskins from 1979 to 1994. He was first hired in 2003 as UAPB’s linebacker coach, and he became the defensive coordinator in 2006.

That championship season and a 6-5 finish in 2011 were Coleman’s only winning seasons.