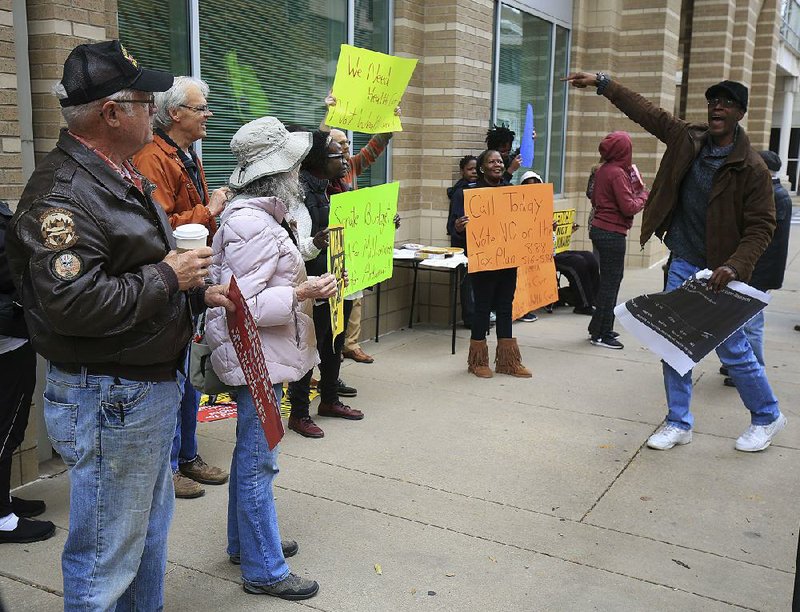 Tony Orr (right) of Little Rock leads a chant Tuesday as a group of people rally near the state Department of Human Services offices on Main Street in Little Rock to oppose a GOP-proposed tax overhaul in Congress.

The demonstration included a skit depicting a "fat cat" and protesters chanted against cutting taxes for wealthy Americans.

A bill expected to be taken up by the Senate after the Thanksgiving holiday would cut taxes for wealthy Americans in the long run, while raising taxes on the poorest Americans, according to a report released Monday by the Tax Policy Center.

Neal Sealy with Arkansas Community Organizations, the group that put together the event, said the protest was held at Human Services Department offices as "symbolism" because of the services for the poor offered by the office, such as Medicaid.

The protesters chanted against cutting Medicaid spending, as well as food stamps, as a way of paying for the tax cuts proposed by Congress.