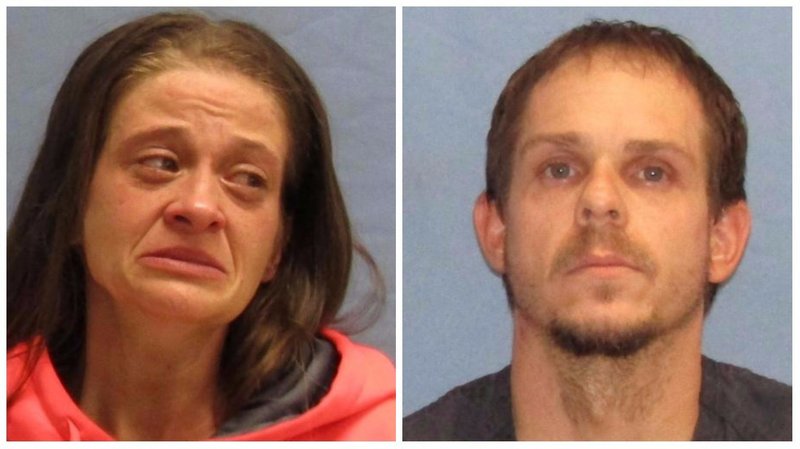 Christina George, 36, and Stephen Martin, 39, both of Jacksonville

Two Jacksonville residents have been arrested after drugs were found inside a home with two teenagers present, police said.

Christina George, 36, and Stephen Martin, 39, were each arrested on a charge of endangering the welfare of a minor as well as drug-related counts. Martin faces an additional charge of carrying a weapon.

Detectives with the Jacksonville Police Department responded Tuesday to a residence in the 700 block of Graham Road in reference to a “complaint of narcotics,” according to a police report.

There, authorities spoke with George. Martin attempted to evade officers by exiting the back of the home, police said.

Two teenagers — ages 14 and 15 — were in the living room as police responded, the report states.

During a search, investigators found a metal grinder and small portions of hand-rolled marijuana cigarettes, the report said.

Records show Martin remained at the Pulaski County jail as of Wednesday morning. George’s name did not appear in an online inmate roster.