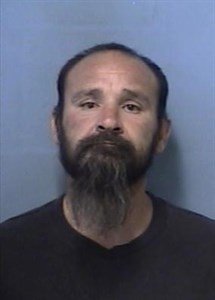 One of three men convicted in the deaths of three West Memphis Cub Scouts more than 20 years ago is back behind bars.

Jessie Misskelley, 42, was arrested about 9:30 p.m. Saturday on charges of driving without a license, no proof of liability insurance and one or no headlights, according to the Crittenden County jail's online inmate roster.

Misskelley, one of the men known as the West Memphis Three, remained in jail as of Monday afternoon in lieu of $785 bond.

He spent nearly two decades in prison after police found the nude bodies of Stevie Branch, Christopher Byers and Michael Moore, all 8, in a water-filled ditch near the Blue Beacon Truck Wash on Interstate 40 in West Memphis on May 6, 1993. The three had been beaten and hogtied.

After years of questions about the evidence in the case and attention from celebrities, Misskelley — along with Jason Baldwin and Damien Echols — was freed in 2011 after striking a plea deal in which the three pleaded guilty to lesser murder charges but maintained their innocence.

According to the agreement, the men must be employed, avoid drugs and submit to searches or seizures of their homes and cars without a warrant, the Arkansas Democrat-Gazette previously reported.

"Basically, they can't get in trouble for the next 10 years," defense attorney Patrick Benca said at the time.

"I doubt any circuit judge in the state would revoke [Misskelley's sentence] based on three traffic violations," Ellington added.