RHP Kopps to miss 2018 after surgery 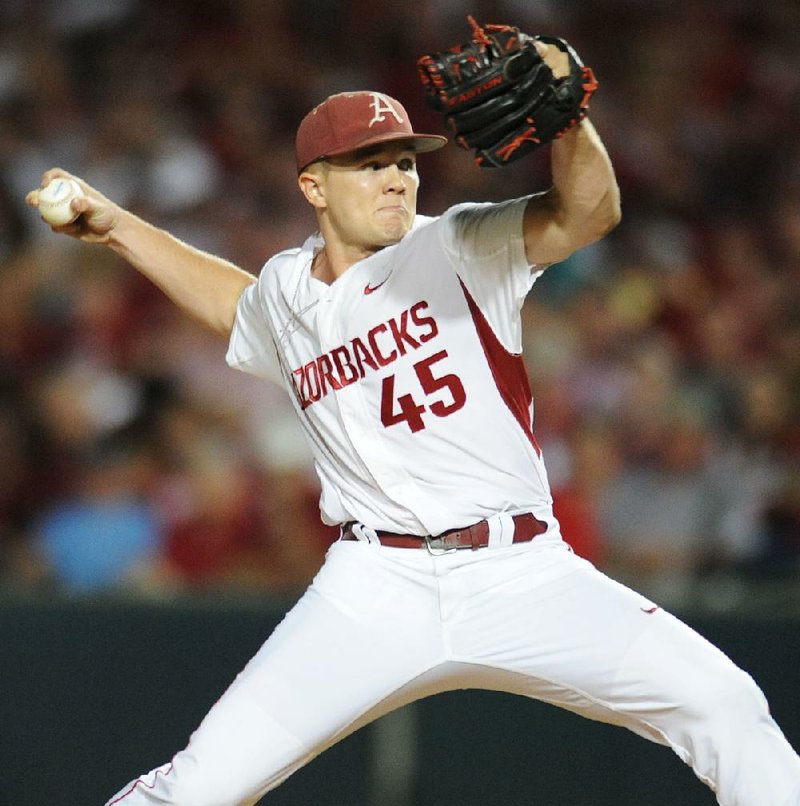 University of Arkansas, Fayetteville right-handed pitcher Kevin Kopps will not play for the Razorbacks in 2018 after he underwent Tommy John surgery.

Kopps, a redshirt sophomore, had the surgery a little more than a week ago in Houston, near his hometown of Sugar Land, Texas. Recovery for Tommy John surgery is about 12-15 months for pitchers, which should put Kopps in line to return for the 2019 season.

"I'm disappointed for him because he was having such a good fall and throwing the ball extremely well," Arkansas Coach Dave Van Horn said. "He was one of our top relievers and might have been able to start. On the positive side, if he did have a little issue in there and it would have shown up during the season of '18, he would have been out the next season as well. At least we know he'll be ready to go in 2019."

Van Horn said Kopps injured his elbow after fielding a ground ball during a scrimmage this fall. Kopps threw the ball to third base off-balanced and removed himself from the scrimmage one pitch later.

"It was just a freak accident," Van Horn said.

As a redshirt freshman in 2017, Kopps had a 3.31 ERA in 22 appearances, including five starts. Kopps had 40 strikeouts in 49 innings, but he also struggled with his command, recording 18 walks, 5 wild pitches and 3 hit batters.