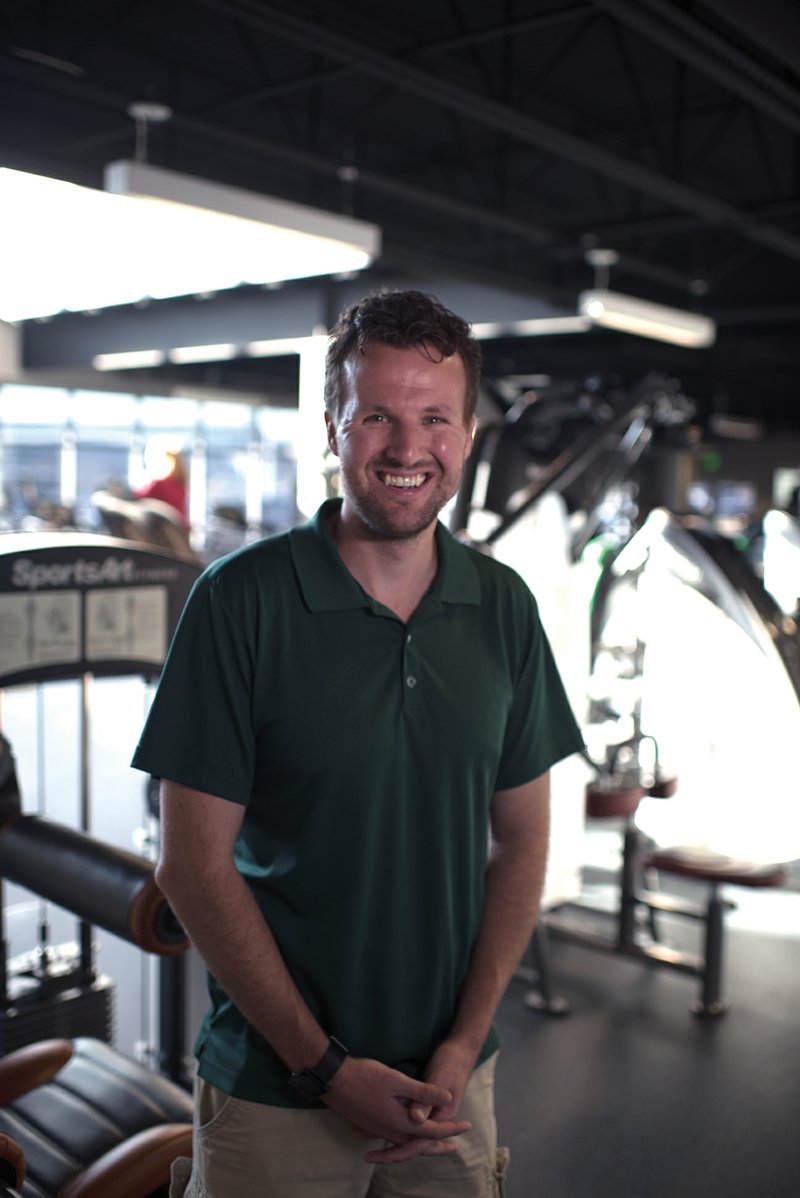 Tyler Thomas has been dribbling, kicking, passing and batting for fun since he was a child — now it’s a full-time career.

Thomas began his journey as the new recreation programmer for Cabot Parks and Recreation on Aug. 14.

Before that, he said, he taught fifth grade for three years — two years at Meekins Middle School in Stuttgart and one year at LISA Academy in Little Rock.

Thomas has also been voluntarily coaching school sports teams since he graduated from high school, he said.

Before moving to Arkansas, Thomas lived in Carterville, Illinois.

“This is something I’ve always wanted to do. Even while I was teaching, I was working on my master’s degree in this area. I started teaching because I got into coaching after school, so the teacher-coach idea made sense for a while,” he said.

Thomas received a bachelor’s degree in education from Southern Illinois University in Carbondale and said he is completing a master’s degree in sports administration at Arkansas State University-Jonesboro.

Thomas said he knew at a young age that he wanted to be around sports for life.

“I started working here at Cabot Parks and Rec part time in the spring, and then a full-time position came open in the summer, so I applied for it and am thankful to have gotten it.”

Thomas said his main goal, as well as responsibility, is to grow the number of players in every sport offered by Cabot Parks and Rec.

“That’s my role — to make the sport better and make more people want to play, whether it’s volleyball, basketball or baseball,” he said. “I want to see those areas continue to grow.”

One idea Thomas has is to offer clinics to keep people at Cabot Parks and Rec interested and informed.

“We can get referees and coaches from the high school to come in and work with our coaches here, get them more knowledgeable about what they’re doing and create more of an interest,” Thomas said. “I feel like we do a great job here as it is, especially advertising — getting information to the schools, having stuff out around the town. I feel like this department does that incredibly well.”

Thomas said he would also like to implement programs not currently offered, ushering in new community members with similar interests.

“Tennis, for example, is a sport I would love to try and start a program with over the summer. Also, since we have a racquetball court at our community center, I think it would be fun to organize a racquetball tournament,” he said.

The motto at Cabot Parks and Rec is to always be there for the kids, he said.

“That’s why I hear my bosses and other recreational programmers say, ‘Be advocates for the kids.’ That’s what I want to do,” he said. “I want to be an advocate for the kids.

“I feel like an advantage for me in this position is I’m not from here, so I don’t know the people or the politics here. I feel like in this position, I’ll have a huge impact over children, really making this a fun experience for them. These will be some of their best memories, and I want them to be enjoyable.”

Sports have always been one of Thomas’ passions, he said, and he’s learned a variety of life lessons from playing over the years.

Some of those lessons include winning with class, losing with grace, working well with others, dealing with adversity and coming together to work on something bigger than yourself, he said.

Thomas said sports have always been a part of his life, from playing basketball and baseball to running cross country.

He currently enjoys racquetball, golf, frisbee and running in his free time, he said, because he enjoys almost anything that keeps him active.

He and his wife also enjoy going to concerts and have seen Keith Urban, Bruno Mars and Mumford & Sons most recently, he said.

Thomas said he would love to direct a parks and recreation department on his own one day, and that’s why he pursued a master’s degree in the first place.

“My wife and I want to start a family and raise one here. We’ve really loved this area since we’ve been here,” he said.

Cabot is a good-sized town with a small-town feel, he said, and is home to many impressive facilities.

His wife, Marlena Thomas, is a charge nurse at Springhill Baptist Medical Center in North Little Rock, he said.

When she got a job offer in 2013 from Baptist Health that she couldn’t pass up, he said, she moved from Illinois to Cabot, where her mother and stepfather lived at that time.

After Tyler and Marlena married in 2014, he moved to Arkansas to be with her.

“She’s the best person in my life. She’s a caring, loving person who really embodies selflessness,” Tyler Thomas said. “She’s a great inspiration as far as putting others before herself — the way she takes care of her patients and helps her co-workers. I’ve had the opportunity to see her at work, and she’s absolutely excellent at what she does — definitely, something she was born to do.”

Thomas said he wants to be like his father and emulate how he raised his family and treats other people.

Both of Thomas’ parents were loving and supportive of him throughout childhood, he said.

“There wasn’t any event that I was a part of, whether for school, athletics or anything else, where one or both of them weren’t there. They were there for everything for my sister and me. That will always be in my memory because they made sure to never leave any doubt, through their words and actions, how much they loved and cared for me,” he said.

Thomas said that when he starts his family, he plans to be there for everything his children are a part of as well.

Keenan Clark, a math teacher at Carterville High School, said he was a junior high softball coach for 16 years in the Carterville School District.

Tyler was an algebra student of Clark’s, then went on to be his volunteer assistant softball coach during Clark’s final season coaching softball.

“Tyler is undoubtedly one of the nicest people I have ever met,” Clark said. “He is someone I trust from a professional and personal standpoint. There is nothing about him that would lead me to believe he would put anyone’s needs after his own.”

Thomas has a lot of integrity, Clark said, and can be counted on to always do what is best.

“We had a tremendously successful season and far exceeded my expectations,” Clark said. “I attribute a great deal of our success that season to Tyler Thomas. He has a great rapport with children and adults.

“Tyler Thomas is the type of person who possesses a lot of confidence but is humble enough to take advice and make adjustments when necessary.”

Don Whiddon, a part-time employee at Cabot Parks and Rec, said he met Thomas while working at a concession stand and instantly connected with him.

“He has goals for his life, and he is very focused,” Whiddon said. “He is fortunate to have a loving and supportive wife.”

Whiddon said having Thomas and Marlena in his life has been a blessing, and they have become close friends.

“I do believe that the kids I coached had an impact on me because everything that I have done professionally since that point has been helping kids, and being an advocate for kids,” Thomas said, “whether coaching, teaching or in this position I am in right now. I would say that the kids I coached early on influenced me toward this path because I love doing what I do.

“I love my job. I get to be involved with sports and work with kids full time, and I feel incredibly blessed by that.”