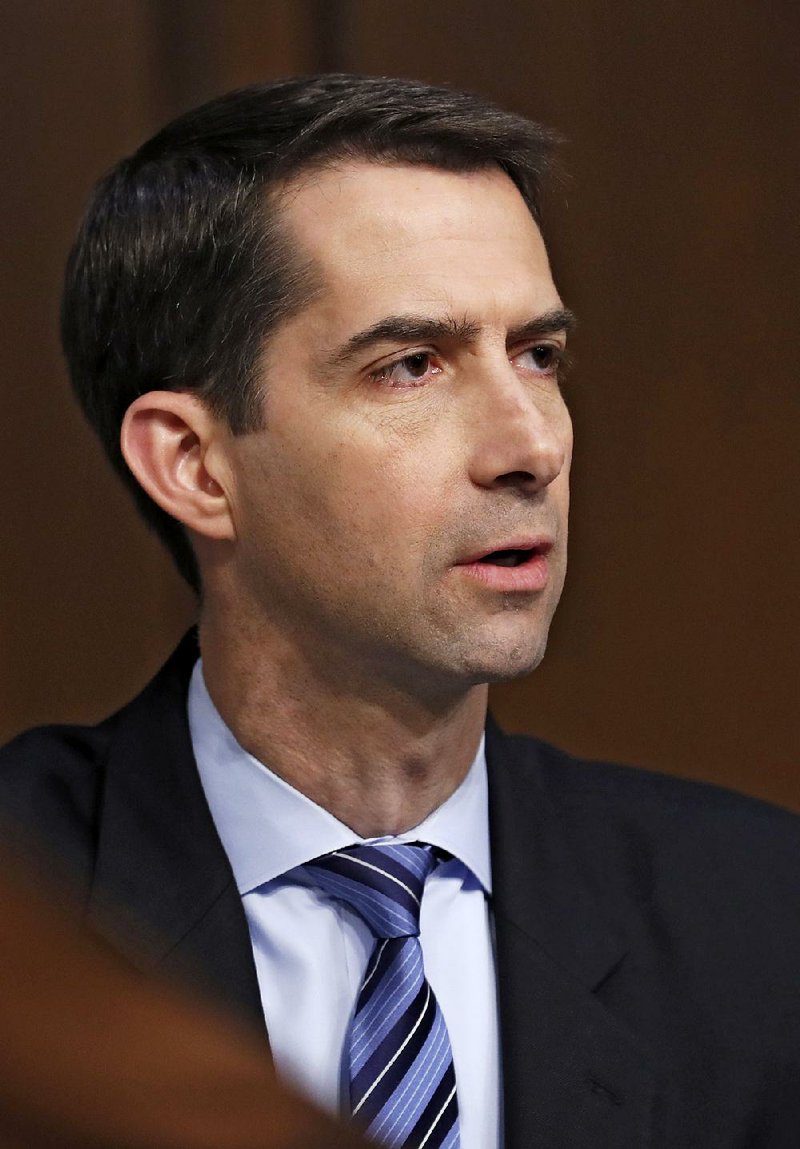 Sen. Tom Cotton, R-Ark., is shown on Capitol Hill in this file photo.

WASHINGTON -- U.S. Sens. Tom Cotton of Arkansas and Pat Toomey of Pennsylvania on Tuesday introduced legislation that would exempt some lower-income Americans from a tax that is assessed on people who forgo health insurance.

Known as the Mandate Relief Act of 2017, it would shield millions of Americans from the individual shared responsibility payment that is currently mandated by the Patient Protection and Affordable Care Act.

Nearly 6.7 million Americans were fined in a single year for failing to secure proper health insurance, Cotton and Toomey said.

Most of those who were penalized make less than the median household income -- $59,000 per year, they added.

Under the legislation, Americans would be exempt from the Affordable Care Act's individual mandate if their household income is below the national median; if they live in a state where average premiums have jumped more than 10 percent year over year; and if they reside "in a county with only one health-insurance issuer."

Cotton introduced a similar bill in 2016; it garnered 19 Republican co-sponsors but no Democrats.

"The individual mandate is one of the most unpopular parts" of the Affordable Care Act, the Republican from Dardanelle said in an interview Tuesday afternoon.

"It fines Arkansans who can't afford their insurance because Obamacare made it unaffordable," Cotton said. "The fine disproportionately hurts working poor families because the vast majority of people who pay the fine make less than the average household income."

Rather than a blanket exemption for all 6.7 million people, Cotton said his "targeted and tailored legislation is designed to give relief to those blue-collar working families in Arkansas and around the country who have made the decision to go without health insurance."

The maximum penalty for most uninsured families has been $2,085.

While Cotton would prefer to eliminate the individual mandate entirely, he said that "I think the families who are most in need of relief are those families that are struggling the most. And that's families that make less than $59,000, the average household income in this country."

"Sure we would support that if Senator Cotton made an earnest effort. We are a party that will always support solutions," he said in a text.

But he suggested that Cotton should also watch out for Arkansans who have benefited from the health law "by letting them keep his or her health insurance through Medicaid expansion and the Affordable Care Act here in [his] home state."