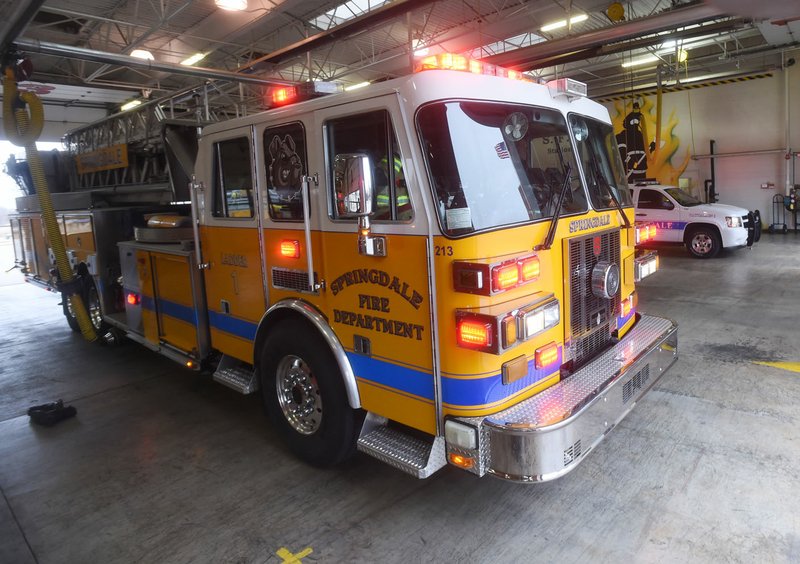 The Insurance Services Office of Jersey City, N.J., is a risk evaluation company setting ratings used as the basis for fire insurance rates throughout the United States. The firm analyzes water supply, response times, fire department equipment and training and other factors in determining a department's fire rating. ISO uses a rating system where 1 is best and 10 is worst.

Springdale is now the eighth city in Arkansas to reach a Class 1 ISO rating and joins Rogers as the only Northwest Arkansas city to reach that goal, said both Irwin and Heath Ward, executive director of Springdale Water Utilities.

The rating will go into effect in February, Irwin informed the council. This will give insurance underwriters time to calculate rates before next year's policies go into effect, he said after the meeting. How much an average homeowner's or business owner's insurance rates will drop isn't an estimate he can make, but the new rating will help, Irwin said.

Ward said one immediate benefit of the new rate will be to make the city even more attractive to prospective industry and businesses.

"When a company's looking to locate in an area, the first things they ask about are fire protection, police protection and water supply," Ward said.

Springdale reached a Class 2 ISO rating in 2007, which became effective the following year, Irwin said. Getting to Class 1 was a goal since, he said. The ISO's recent decision to take preventative measures into account starting this year was a big boost to Springdale's efforts, Irwin said.

The city was already having fire stations send personnel to buildings in their response area and inspect them, pointing out problems that could be fixed and helpful steps that could be taken, he said. Excellent response times recently also helped considerably, he said.

Both Irwin and Ward also pointed to the decision by the Water Department, approved by its board, to take over inspection and maintenance of the city's 4,000-plus fire hydrants four years ago. That allowed the city's firefighters to devote more time to drills and training, and improved response times. Firefighters weren't ever out of the station inspecting a hydrant when an alarm came in, they said.

The Water Department also upgraded its software to ensure a steady flow of water to hydrants wherever and whenever a fire might break out, Ward said. "We have a lot of blue-capped hydrants and very few red, green or orange," he said, referring to the color of paint on the tops of hydrants, which tells firefighters how much water they can expect a hydrant to supply.