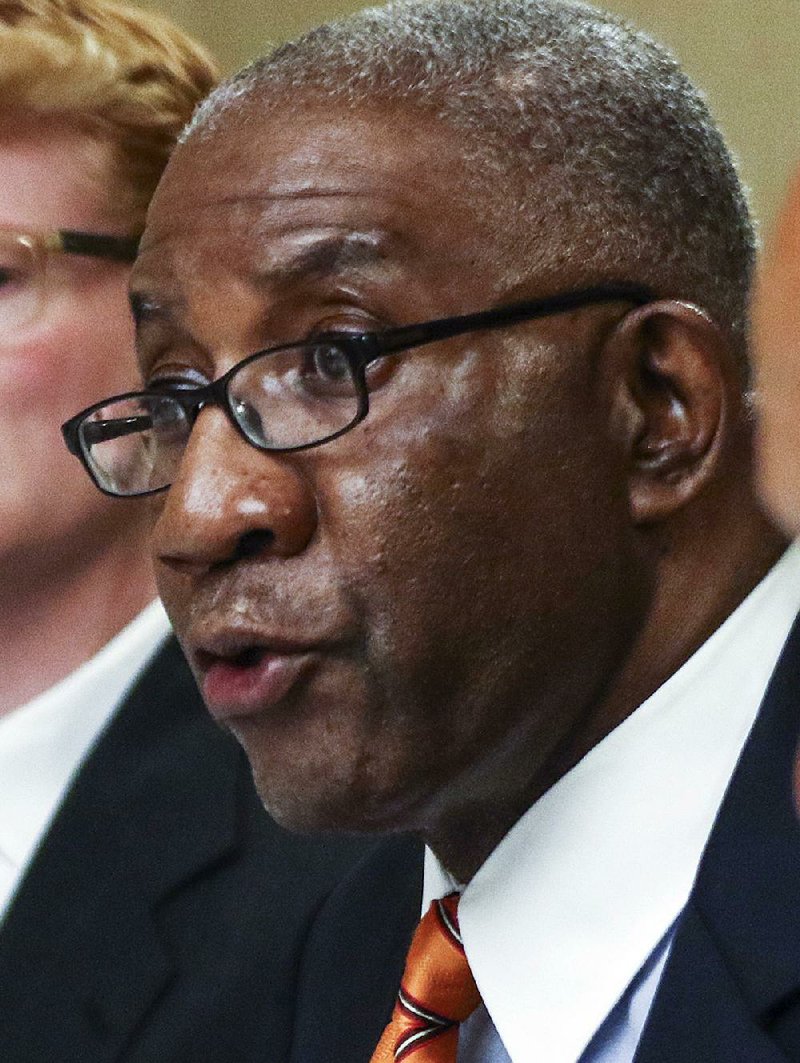 Griffen posted a sermon he delivered to the New Millennium Church on his personal blog early Monday. In the post titled "Justice is a verb!," Griffen cited biblical scripture about King Nebuchadnezzar, who constructed icons made of gold and told people to worship them. But three young Hebrews — Shadrach, Meshach and Abednego — refused and were fed to a fire, Griffen wrote.

By doing so, the judge said, the youths “show us what it means to be faithful to God for people challenged by others who believe in the supremacy of their notions of Empire.”

The judge added that the Little Rock School District has been on a path destined for resegregation for decades.

His posting was reported on first by the Arkansas Times.

To mark 60 years since the school's desegregation, a slew of events have been scheduled. Those events include a sculpture dedication, a concert and a panel in which the eight surviving members of the Little Rock Nine will be reunited.

In his sermon, Griffen said it's good that the surviving members will come together. But he opposed the festivities, saying: “We will not dress up and attend events designed to portray Little Rock and Arkansas as a progressive city and state.

“We will not lend our moral authority to ceremonies designed to pimp the commitment of L.C. and Daisy Bates, the Little Rock 9 and their families, and the other prophetic revolutionaries who defied segregation and white supremacy when schools that serve black and brown neighborhoods in Little Rock are being closed,” he added.

In closing, Griffen wrote, “we will not be fooled” or “bribed by trinkets, titles, jobs, photo opportunities and perks.”

The judge was sanctioned in April from hearing any cases involving the death penalty after he participated in a protest on the subject. Griffen has defended his actions and filed a complaint against the state Supreme Court.

Independent counsel was hired to assess the case.