Hitched her wagon to a star 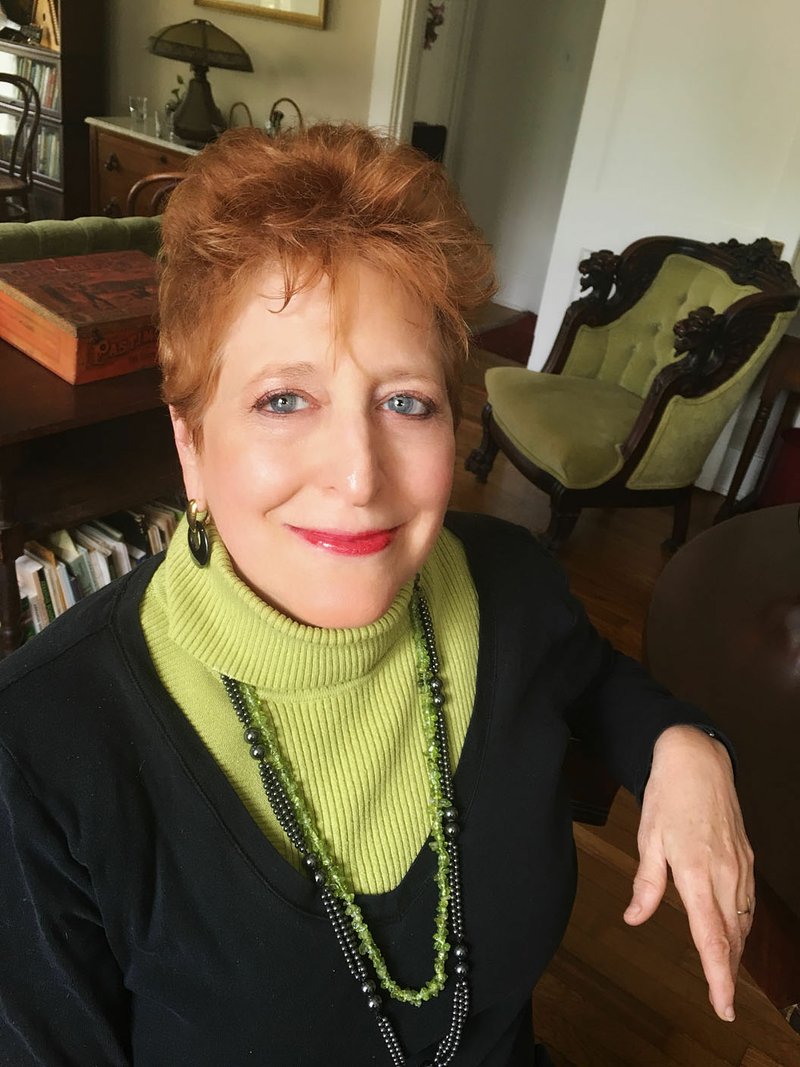 Crescent Dragonwagon, perhaps best known in Northwest Arkansas as the founder of Dairy Hollow House in Eureka Springs, will be in town in October for two events at Brightwater: A Center for the Study of Food and a “Fearless Writing” workshop in Bella Vista.

Crescent Dragonwagon is her legal name — albeit one she chose herself — and her life has in many ways been as charmed as that name might imply.

She was a published author by the age of 18; met the first great love of her life while touring Arkansas as a poet; with him, opened one of the state’s first two bed and breakfast inns in Eureka Springs and created a restaurant that “broke ground for what’s now called the farm-to-table movement”; transitioned the property to a writers’ colony; and, although based on 35 acres on top of a mountain in southeastern Vermont, still travels to teach “Fearless Writing” — the workshop she’ll bring to Northwest Arkansas in October.

“I have always wanted to attend her ‘Fearless Writing’ workshop but really couldn’t afford it,” says Joan Barrett Roberts, founder of the Village Lake Writers & Poets, the nonprofit host of the event. “Also, I thought what a wonderful gift for us to ever get her here at the Artist Retreat Center in Bella Vista! It has been a goal for two years.”

When Dragonwagon was invited to appear at Brightwater: A Center for the Study of Food to kick off the food writing course she’ll teach there this winter, she “remembered us and asked if we might be interested in hosting a workshop,” Roberts says.

“We are thrilled beyond belief and most honored to share Crescent’s ‘Fearless Writing’ exploration workshop!”

Roberts might be considered rather fearless herself. Not only did she pique Dragonwagon’s interest as a workshop host, she founded the Village Lake Writers & Poets organization in the spring of 2015 — in one day and almost on a whim.

“It started when I stopped by the Artist Retreat Center along [U.S.] 71 to see what it was all about,” she remembers. “I talked with the director and owner, Sara Parnell, and said, ‘I would love to have a local writers group here in Bella Vista.’ And Sara said, ‘You should start one. I’ll help you in any way and sponsor your writers group.’

“So that very afternoon, I dropped in at the Bella Vista Public Library and talked with librarian Roxie Wright and shared with her that I wanted to start a local writers group. And she said the same thing, ‘Do it! I’ll help you in any way and co-sponsor your writers group.’

“Really, I don’t think this would have been possible anywhere else but Bella Vista — a ‘can do’ and ‘how can I help’ community.”

Dragonwagon might recognize that spirit. She moved to Eureka Springs in January 1972 after “three different people — who didn’t know each other — each said to me, ‘You know, there’s this little town in Arkansas called Eureka Springs. You ought to go there, it’d be your kind of place.’ I went. And promptly moved there.

“I was a month and a half past my 18th birthday,” she continues. “Yet there I stayed — though always with a month or two a year of travel, most of it work- related — until I was 49.”

“When I arrived in Eureka, about the only things I was sure of were that I wanted to be a writer — and indeed, I had already sold my first two books, to Harper & Row and Simon & Schuster — and that I wanted to be an informal part of a community,” Dragonwagon remembers. “Several other avocations were already stirring for me: cooking, food and organic gardening; self-care and fitness; environmentalism. And reading and helping other writers had always been part of my life.

“I did all of these in that dear, goofy, gossipy, one-of-a-kind, contentious, passionate little town. It remained my legal and emotional residence, my home, for all those years. And in some ways, it has never left me — nor I, it. It shaped me, and perhaps, in a small way, I shaped it.

“One of the things I loved about Eureka was the range of people who had chosen to live there, as well as those who had been born there, and that its population was so small you couldn’t just hang around with people like you [because] there weren’t enough of them,” Dragonwagon says. “You had to have dealings with — and sometimes grow friendly with — those who held different sets of beliefs and had different ways of moving in the world, than you did. To this day, I am more curious about people who are different than I am — rarely frightened or judgmental, just interested. Thank you for this, Eureka. So much happened for me there.”

It was while Dragonwagon was traveling as a visiting poet for the Arkansas Arts Council that she met Ned Shank, whom she “imported from Little Rock to Eureka Springs.” Together, they started Dairy Hollow House and later transitioned it to the Writers’ Colony at Dairy Hollow, which is still thriving.

“All this time, I was still writing,” she points out. “Of the 50 books of mine that have now been published, about 43 of them were written in Eureka Springs.”

Shank was killed while riding his bicycle in 2000 — “bicycled into eternity,” as Dragonwagon puts it.

“My old life in Eureka went through the windshield of that Chevy just as surely as his dear body did, though it took me some time to realize it.”

Eureka Springs was not the only influence on Dragonwagon, however. She is the daughter of Maurice Zolotow, a show-business biographer, and Charlotte Zolotow, an editor and author of children’s books. Although both are dead, Dragonwagon remains involved in their work as their literary executor.

“Growing up in a creative household, witnessing close up the gifts that writing and the creative process bestow — along with the ravages its anxieties and uncertainties inflict — helped grow the DNA of ‘Fearless Writing,’” she says. “Certainly, moving away from New York and the literary scene to a small town in Arkansas, with the freedom from assumptions about writing and writers, helped me develop and fertilize what became the workshop, classes, courses and events.

“Given the life I turned out to have, I am especially grateful to writing’s lessons,” she adds. “To write, you have to be comfortable with not knowing how it comes out, both the individual pieces you are writing AND whether or not something will be accepted, published, well-received or not — and even whether or not it’s any good. You have to learn to tolerate anxiety and fear for growth, if you are going to do your work.

“And all this applies to living as well as writing.”

Dragonwagon says her students have always told her, “It’s not just fearless writing — it’s fearless living.” And she has certainly proved that herself over the years, keeping up the family summer home in Vermont while also living a gypsy life as a teacher.

“I adore teaching [Fearless Writing] because I get to see ordinary people throw off doubt and surprise themselves, to see that writing (and living) can be way less angsty and painful — even though there are always tough aspects that one has to wrestle with periodically.”

Roberts is still … not “wrestling” with, but forging, perhaps … the future of the Village Lake Writers & Poets.

“Our goal is to welcome all writers, to learn and to support people at all levels of writing and storytelling,” she says. “We are open to the public, a nonprofit organization free to all interested. We invite local writers, poets, authors, storytellers, friends, alumni, community patrons and all lovers of books and stories.

“We believe everyone has a story to tell.”

“Look, I’ve had some of the sparkly stuff — awards, prizes, two bestsellers, national television appearances,” Dragonwagon says. “I can tell you absolutely that all that is kind of ‘meh’ compared to writing itself. Both the best and toughest part of writing is writing — though beginning writers rarely believe that. But what really taught me those things I eventually came to codify as ‘Fearless Writing,’ what got me living its principles and practices daily, was less the so-called wins than the work that didn’t get published or completed, the prizes I didn’t get, and the occasional bad reviews.

“I deeply believe something my late father told me: ‘Nothing is wasted on the writer.’”

Print Headline: Hitched her wagon to a star