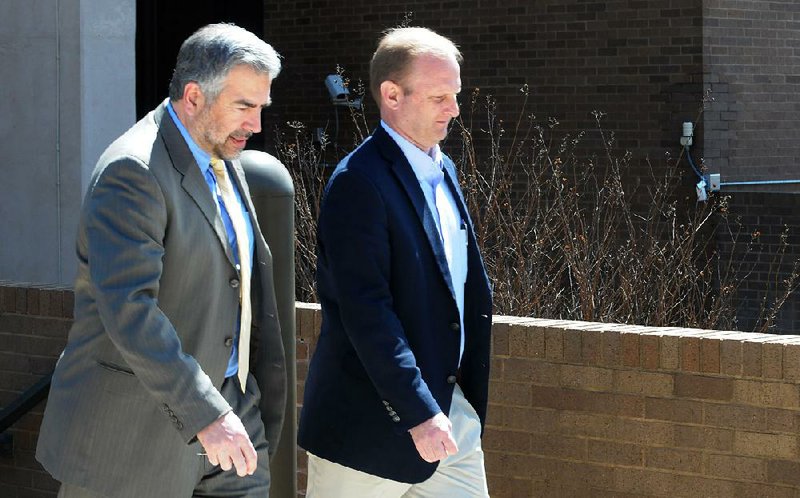 Oren Paris III (right) and attorney Greg Payne of the Story Law Firm leave federal court Wednesday in Fayetteville after Paris pleaded guilty to fraud and agreed to testify against his co-defendants.

Paris was scheduled to go to trial Monday alongside former state Sen. Jon Woods of Springdale and consultant Randell G. Shelton Jr., formerly of Alma but currently of Kemp, Texas.

Paris' plea change took place 2½ hours before the last scheduled pretrial hearing began in the case. Paris agreed to testify for the government against his former co-defendants.

The Justice Department alleges Paris paid Woods and then-state Rep. Micah Neal of Springdale kickbacks in return for $550,000 in grants from them to his college from 2013 through 2014.

Shelton is accused of using a consulting firm he owned as a way to pass along the kickbacks to Neal and Woods through consulting fees approved by Paris. Shelton listed his address as 8532 Carrie Smith Road in Benton County in 2015 and 2016, Benton County records show. The property is owned by Ecclesia. That was also listed as the business address of a shingle recycling company Paris and Shelton partnered in.

Paris was allowed to enter a conditional plea, which is rare, said Travis Story, Paris' attorney. Paris will be allowed to appeal the judge's refusal to dismiss the case, and, if he prevails, the guilty plea and indictment will be voided, Story said. All three defendants asked for the case to be dismissed because of wrongdoing on the part of the lead FBI investigator who wiped the memory of a computer used to gather evidence. U.S. District Judge Timothy L. Brooks denied the requests.

It was also unusual to allow a plea change this close to trial, Story said. The deadline for a regular motion to change a plea before trial passed Friday, he said. Brooks ruled from the bench Wednesday that he would go ahead and accept the plea change.

Attorneys for the remaining defendants asked Wednesday for a delay of the trial, but were denied. Chad Atwell of Fayetteville, an attorney for Shelton, called Paris a "bombshell witness" in arguments for delay during the afternoon pre-trial hearing.

Patrick Benca of Little Rock, Woods' defense attorney, told Brooks that his first notice of Paris' decision was when a hearing notice went up on the court's website Wednesday morning shortly before the change-of-plea hearing started.

Brooks denied the requests for a delay, but left the door open for the defense to file formal, detailed motions for a delay if they find any insurmountable problems as they modify their defense. For instance, the government and the defense now have to decide what evidence Paris is going to bring and the defense has a right to be notified. Also, some of the defense witnesses needed by Woods and Shelton had not been subpoenaed for them since Paris was expected to subpoena them for his defense. Although the change of plea did not void those subpoenas, witness lists must be checked to make sure all the witnesses the defense wanted are under subpoena, defense lawyers argued.

"I certainly understand what you are saying and the genuineness of what you are saying," Brooks said from the bench. "That said, this is a conspiracy case with multiple defendants. We all knew going in that something like this was a possibility."

Shelton disputes statements made by Paris in his plea, attorney Shelly Koehler of Fayetteville, another of Shelton's defense attorneys, said after the pre-trial hearing. The $50,000 was payment for consulting services rendered, she said. Testimony will show Shelton did the work he was paid to do, she said.

Benca also said Woods remains innocent of the charges and will prove it despite Paris' guilty plea. Paris' change of plea does put the remaining defendants "behind the eight ball," Benca told the judge.

"Now here we are on the eve of trial and Mr. Paris has agreed to change everything he has ever said to us," Benca told Brooks.

Paris resigned Tuesday as college president and from the board of the school his father founded, Story said.

The college board issued a statement Wednesday afternoon on the school's Facebook page. It said in part:

"While we continue to believe firmly that Dr. Paris has been honest and forthright in his statements from the beginning of this case, he and his legal team are now convinced that the best path forward is to accept a conditional plea agreement negotiated with the government. We stand with him in his decision."

Paris was allowed to remain free on his $10,000 bond, but his travel was restricted to Washington, Benton and Carroll counties unless he obtains his probation officer's permission. He had previously been allowed to travel throughout the Justice Department's western district of Arkansas and elsewhere on college business.

The case involves grants from the state General Improvement Fund, which is controlled by legislators. The state Supreme Court declared the method of distribution unconstitutional in a ruling Oct. 5 of last year.

Neal, a Republican, pleaded guilty to a conspiracy count on Jan. 4, 2017, for his role, admitting he took two kickbacks totaling $38,000 in exchange for directing grants to two nonprofit groups. He has not been sentenced.

The indictment doesn't give a total figure of what Wood is accused of receiving in kickbacks because portions of it were reportedly paid in cash.

Ecclesia College is still listed by the U.S. Department of Education on a watch list affecting its cash flow, according to the department's website. And the school is a defendant in an ongoing Washington County Circuit Court lawsuit over its refusal to release financial documents concerning the Improvement Fund grants.

He also argued against a motion by Woods to delay the trial, saying the case made it hard for Paris to fulfill his duties as college president, especially fundraising.

Paris filed another motion in September to keep out of evidence any incriminating statements Woods made to prosecutors while he was cooperating with them in late 2016. That motion was also denied. He also was denied a request to be told about notes and a conversation Woods' former attorney had with prosecutors. Woods had the option of sharing the information, but declined, according to a ruling from Brooks.

All three defendants initially entered innocent pleas. Woods and Shelton face up to 20 years in prison on the fraud and conspiracy charges, if convicted. Woods faces an additional 10 years on the money-laundering charge, if convicted.

Arkansas legislators gave nearly $700,000 of taxpayers' money from the state's General Improvement Fund to the private Christian college in Springdale. Nine Northwest Arkansas legislators requested $592,500 for the school. Woods directed the most, at more than $350,000.

Another $100,000 from the fund to Ecclesia came through the West Central Arkansas Planning and Development District in Hot Springs. The only documents from legislators provided by that district in support of the grants came from Woods.

Ecclesia said in its grant applications it needed the land for student housing to accommodate rapid growth in its fall 2013 and fall 2014 enrollments, but the Springdale building department shows no new buildings or structural renovation have occurred on the properties.

A Facebook post attributed to Paris last year after his indictment said he can "assure you that neither I nor anyone associated with Ecclesia College has ever participated or engaged in any activity to provide money to Mr. Neal or any other legislator in exchange for the receipt of those funds."

He also stated "every effort was made to comply with every aspect of the law as we understood it." 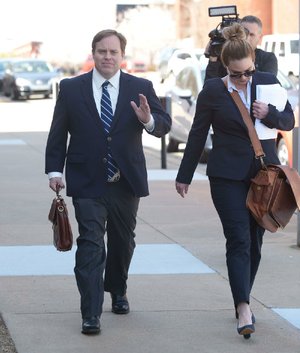 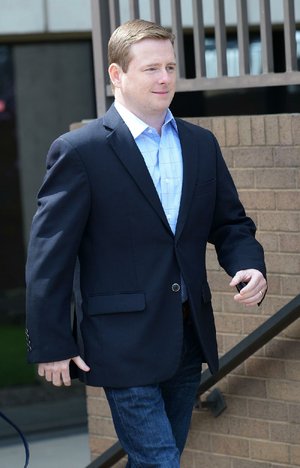