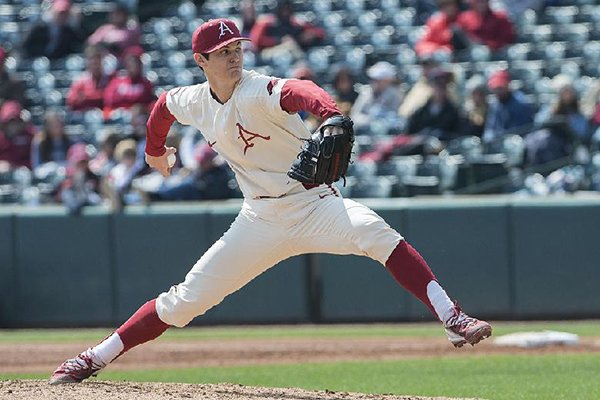 "Everything happens for a reason and is all part of a beautiful plan," Bonnin wrote. "Excited to be back in the state of Texas to continue my academic and baseball career at Texas Tech."

Bonnin, a strong-armed right hander, pitched in 11 games at Arkansas as a freshman this year. The Mont Belvieu, Texas-native had a 4.26 ERA in 19 innings, and recorded 16 strikeouts and 12 walks.

He was used predominantly out of the bullpen in non-conference games, but pitched once in each round of the NCAA Tournament - against Southern Miss in the regionals, South Carolina in the super regionals and Texas at the College World Series. During a July 24 press conference, Arkansas coach Dave Van Horn said Bonnin wanted to start next season, but coaches saw him as more of a relief pitcher.

"In my opinion he needs to go to a junior college and they put him on the mound so he can pitch," Van Horn said. "(He was) kind of up and down with the strike zone; a lot of things jumping around. He just needs to be ready to help his team win. He’s a guy that has a lot of talent with arm strength. Hopefully he picks the right place and has a lot of success."