FROM SCRATCH: How The Original Scoop Dog got its start in North Little Rock 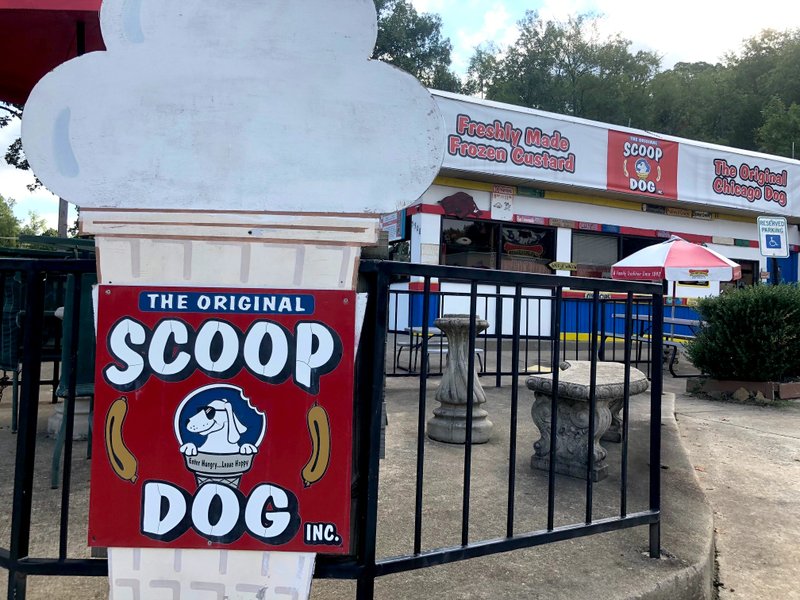 The exterior of The Original Scoop Dog at 5508 John F. Kennedy Blvd. in North Little Rock.

The Original Scoop Dog in North Little Rock featured a frozen concoction largely unfamiliar to central Arkansas when it opened under a different name nearly two decades ago.

In 1999, the market was ripe with opportunity for an establishment that served custard: a cold treat similar to ice cream made with eggs as well as cream and sugar.

“At the time, you just didn’t get custard here around the South. It’s just not a product that was very popular,” Yanosick said. “[My father] fell in love with it.”

The family at one point had seven custard shops before a “falling out” over branding and menu items, Andrew Yanosick said.

[LEFTOVERS: 11 questions that didn't make this story, including Andrew Yanosick's favorite Arkansas-specific food and the most popular item at Scoop Dog]

In 2009, Shakey’s somewhat abruptly became The Original Scoop Dog — “scoop” referring to its custard and “dog” referencing the eatery’s fresh beef frankfurters. It's the only Yanosick family-owned outlet that remains today.

“When we first changed our name, it was a shell shock. A lot of people were confused,” he said of the rebrand, noting that it happened “almost overnight.”

“We had to remind [customers] that it's the same owners, same operators."

“There are obviously a lot more custard stands around now, especially in the past few years, but many of them just don’t make the custard properly,” he said.

"Our revenue has actually grown every year. We're staying strong with our product. We stick with what we know, and we keep the quality high."

The manager says Scoop Dog also stands out among the crowd in part because of the family's simple but meticulous and consistent approach.

“People get very used to having their custard a particular way,” Yanosick said. He describes the flavors as "hard to duplicate."

[PHOTO GALLERY: Take a look around The Original Scoop Dog]

Custard options are hand-painted in an assortment of colors and designs on wooden boards around business and on a drive-thru menu board. Among the options: blackberry syrup with a granola crumble, cotton candy, birthday cake, chocolate mint brownie, strawberry shortcake and the "junkyard dog."

“Many places, they don’t run the custard very thick. … When our custard comes out, it’s creamy. It also has the proper thickness to it.”

Most of Scoop Dog’s specialty sundaes have dog-themed names like the Golden Retriever, a combination of homemade bread pudding and butterscotch, and the Chocolate Lab, which features chocolate chips, Oreos and hot fudge.

The most popular selection, the manger says, is the “good ole Beagle.” It combines hot fudge, caramel and pecans.

Scoop Dog is open year-round and offers seasonal options throughout the year.

The business has amassed a following of more than 5,000 users on Facebook, where specials are periodically posted.

Yanosick said that with the continued success, future Scoop Dog locations may appear in central Arkansas.

“We would like to expand the business. We’re looking actively to do that [within the next couple of years],” he said.