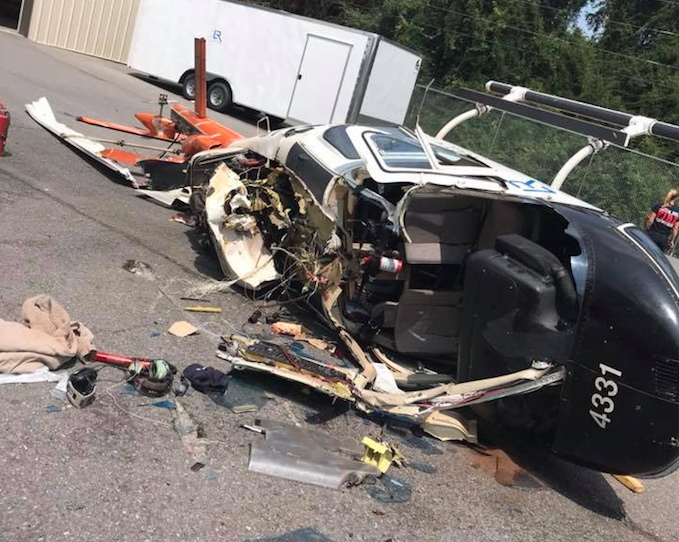 A Little Rock Police Department helicopter has crashed near Interstate 530, and one person has been severely injured, authorities say.

The agency said on Twitter shortly after 11:30 a.m. that officers were on scene of the crash, which was near 11400 Ironton Cutoff Road.

At the scene, Lt. Michael Ford said the crash occurred shortly before 11 a.m. while a senior pilot was conducting a "test run" to see if a battery just placed in the helicopter was working correctly.

As the officer was doing that and the propellers were going, a straight-line wind tipped the helicopter over from the platform it was on, according to Ford. The rotors went into the ground, causing the craft to malfunction.

One officer was severely injured and had a "significant head injury," Ford said. He was taken to a nearby hospital, and his injuries were not believed to be life-threatening. The spokesman originally said two people were inside the helicopter at the time but later sent an email confirming only one person was involved.

The Federal Aviation Administration has been notified, according to police.

The area of the crash is just west of Interstate 530 and a couple miles east of the Police Department's training facility.

Check back for updates on this developing story and read Friday's Arkansas Democrat-Gazette for full details.