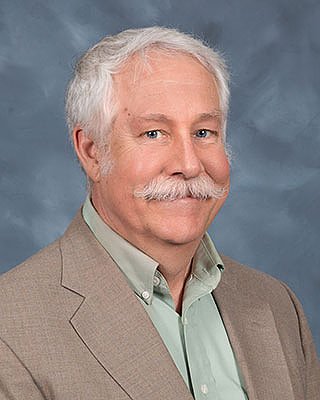 FAYETTEVILLE -- Washington County officials said their priority in budgeting for next year is to limit growth in spending.

Bill Ussery, justice of the peace for District 4 and chairman of the Finance and Budget Committee, said the county set a target of reducing operating costs from 2018 by 3 percent in the 2019 budget. He said some departments hit the target while others didn't.

Washington County’s Finance and Budget Committee will discuss the 2019 budget when the panel meets at 6 p.m. Tuesday in the Quorum Court Room at the County Courthouse, 280 N. College Ave.

"The 3 percent wasn't reached across the board," he said. "Some cut costs by 6 percent or more. Some of the others couldn't make it."

The Finance and Budget Committee will meet Tuesday. Ussery, justice of the peace for District 4 and committee chairman, said he thinks the committee will approve the budget and forward it to the Quorum Court for approval Dec. 20.

"I am optimistic at this point," Ussery said.

Washington County has about $82.7 million available to budget, according to the comptroller's office. The 2019 budget requests totaled about $70.2 million, leaving about $12.4 million in reserve. The county also has about $7.8 million set aside to comply with state law requiring counties to keep an emergency reserve. In 2018, the county budgeted about $68 million.

The general fund reserve is about $3.7 million and the Road Department's is about $2 million, according to county figures updated in November.

Ussery said the plan for the Sheriff's Office hinged on the justices of the peace approving an increase in the property tax rate. The Quorum Court voted to increase the millage from 3.9 mills to 4.4 mills. That will bring in about $1.75 million, according to the county.

Sheriff Tim Helder said the pay plan is essential to keep the office competitive with other law enforcement agencies in the area. He said the office has been steadily losing people to the Fayetteville Police Department and others because of the pay disparity. He said Fayetteville and Springdale are considering pay increases, making adoption of the plan crucial.

"I'll fight for that," Helder said Thursday. "It's my understanding right now the justices of the peace have said they will approve it. I think all of them said we need it and we support you, but then some of them asked how we were going to afford it. That was what the millage increase was for."

"We still provide the services without the costs," County Judge Joseph Wood said in discussing 2019 budget proposals for the departments under his supervision. The county judge is in charge of the county's administration, including the Road Department, emergency services, information technology and the animal shelter.

Wood said he has worked to improve the efficiency in his two years in office. He pointed to changes at the animal shelter, where the county went from having a veterinarian on staff full-time to a contract arrangement for services as needed. He said the budget for the shelter was cut by about $200,000 last year.

Wood said the Information Technology Department has taken responsibility for purchasing computers and providing other technology needs. Buying computers in bulk is projected to save the county $55,000.

"What we presented is what we needed," he said. "If there's something we find we need during the course of the year, we'll come back to the Quorum Court."

"Washington County is in good financial shape. That's money in the bank," Carl Gales, Wood's chief of staff, said of the budget and the reserve.

Justice of the Peace Eva Madison has been vocal in asking questions about the budget and expressing her disapproval of the process. Still, she said she expects the budget to be approved.

"Right now, I'm not satisfied," Madison said Thursday. "I'm not pleased with the process. I'm torn, there are things I do like. I'm very supportive of the sheriff's step plan. But I don't like the way the budget was forced upon us without the ability to ask questions."