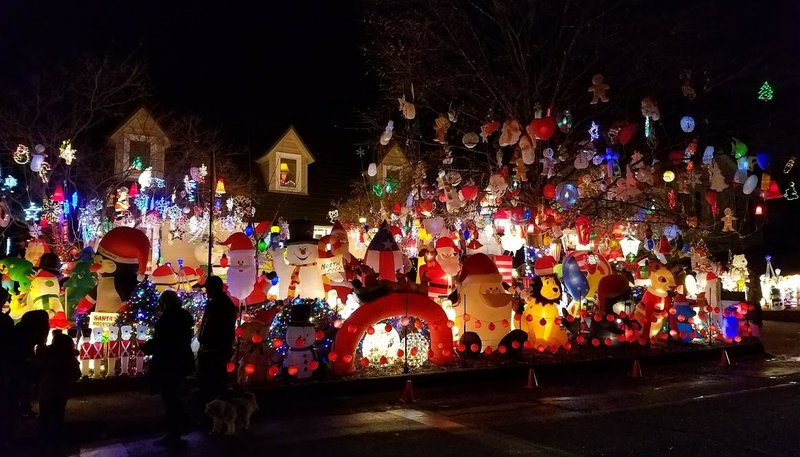 The "inflatables house" in North Little Rock is shown in this 2017 photo.

A North Little Rock man known for covering his yard and home with hundreds of decorations every Christmas season said this will be the display’s last year at his current address.

For nearly two decades, Tim Bir has decorated his yard at 2008 Covington Drive in a display that has grown to include about 65 inflatables and over 300 plastic snowmen, Santa Clauses, penguins and aliens. Dubbed by some as the "inflatables house," more than 300 pieces hang from the trees, and roughly the same number of ceramic houses form a winter village in his garage.

Roughly 150 strings of lights reach across the yard and the house, winding past tree branches and around shrubs, dangling over plastic candy canes, wise men, and a Darth Vader bedecked with a Santa hat.

But this year will be the last on Covington Drive for the over-the-top holiday spectacle. Bir, a 61-year-old computer programmer, said he and his wife plan to move “about 10 miles up the road.”

The new property is little more than an empty field right now, but Bir and his wife plan to begin construction on a house there in January. They hope to have it completed in June or July, which would give Bir time to set up his display at the new home. He usually starts decorating in late September.

Click and drag on the 360-degree photo below to explore the display in 2017.

"There are some folks that I think are going to be sad to see us go, and there are others that are probably going to be thrilled to no end that they’re not going to have to deal with that anymore,” Bir said, noting traffic can get "to be a nightmare" at times and he's even had visitors leave tire tracks in neighbors' front yards.

One woman recently drove up recently after hearing of a possible change.

"She pulled up and asked if we were moving, she said she heard a rumor," Bir said. "I said ‘yeah.’ I thought she was going to cry.”

The decorations all began 19 years ago with one plastic snowman on the family's front stoop and "kind of got out of hand from there,” Bir said.

It's grown into a spectacle that draws a crowd of visitors during the holiday season.

But Bir doesn’t just use the displays to entertain. He said he also collects donations for three organizations: the Sylvan Hills Booster Club, the Make-A-Wish Foundation and the Wounded Warrior Project.

Bir said the idea to collect donations arose about 12 years ago while he was dressed as Santa Claus and sitting outside of his home. A girl walked up to him and tried to give him $20 to “help pay my electric bill.” Instead, Bir told her the money should be donated to her favorite charity.

He and his wife began leaving a pot out for people to place donations. The result? More than $37,000 in contributions over the years. 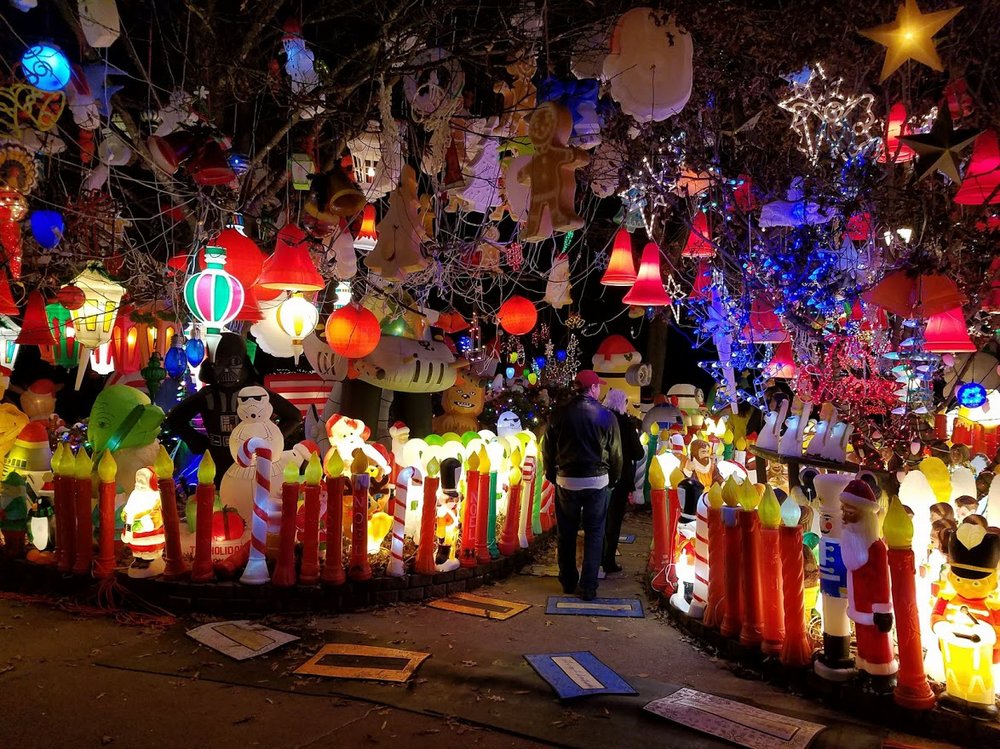 The "inflatables house" in North Little Rock in 2017.
ADVERTISEMENT