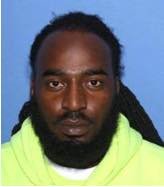 Officers were called to Riverside Park Apartments at 3950 E. Service Road in West Memphis about 8:30 p.m., according to a Facebook post from the city's Police Department.

Authorities reportedly found Demetrius Hoard, 22, with multiple gunshot wounds. He was transported to Regional One Health Center in Memphis, where he died from his injuries, police said.

Investigators named Carlton Barrett, 26, as a suspect in the shooting, according to the department. Barrett is sought on charges of first-degree murder and possession of a handgun as a felon.

The Facebook post also included a photo of a purple, four-door sedan said to be Barrett's car.