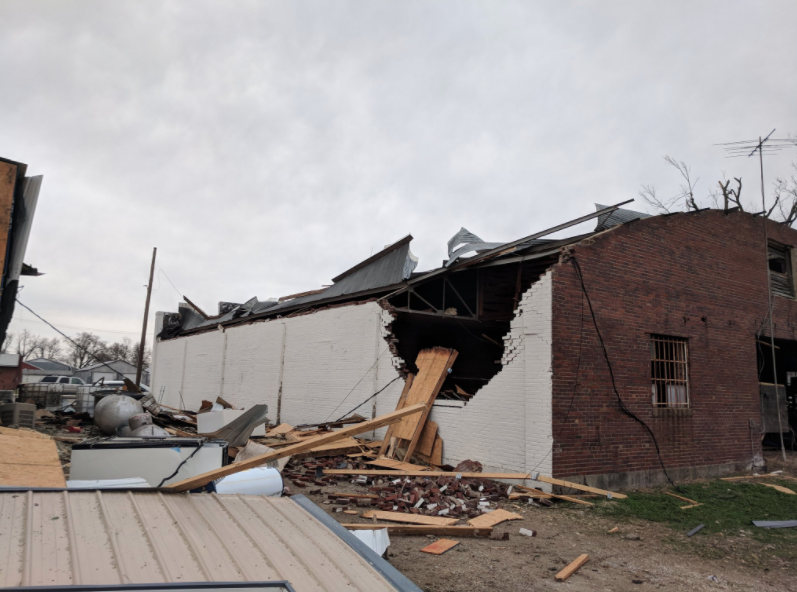 The National Weather Service said a pair of tornadoes touched down in northeast Arkansas on Saturday, killing one person and causing significant damage.

The agency said an EF-1 tornado had winds up to 90 mph when it touched down southwest of Keiser, where it "damaged many homes and buildings."

That tornado then traveled northeast, crossing Interstate 55 and causing one minor injury near Osceola.

An EF-2 tornado with winds up to 115 mph, meanwhile, touched down near Knobel and continued into Missouri, the weather service said. One person was killed near Knobel when the trailer home he was in was blown into a pond.

More storms are expected this week.

While Arkansas is expected to see dry conditions on Monday, the southern half of the Natural State could see two rounds of heavy rainfall later in the week, according to the National Weather Service.

Chris Buonanno, a science and operations officer at the National Weather Service, said Sunday that parts of the state, particularly the southern half, could see 2 to 3 inches of rainfall Tuesday night.

A similar system, he said, is also expected to arrived late Wednesday night. That system could bring severe weather, such as hail, strong winds and isolated tornados, Buonanno reported.