Injuries reported in pair of I-30 crashes near Arkansas River; both scenes cleared 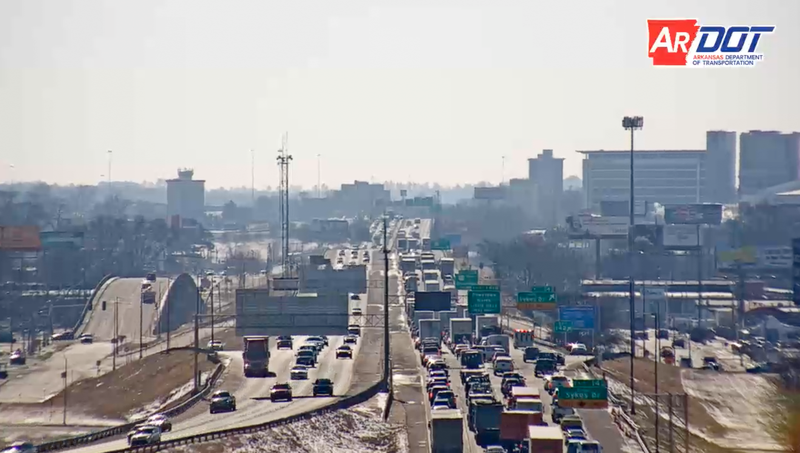 Traffic on westbound I-30 is backed up north of the Arkansas River bridge after a wreck late Wednesday morning.

Both wrecks that occurred on Interstate 30 near the Arkansas River bridge around midday Wednesday have been cleared.

The Arkansas Department of Transportation said shortly before 1 p.m. that the second wreck, which was blocking the inside and middle eastbound lanes at 12:10 p.m., had been cleared and all lanes were back open.

The first wreck, which happened before 11:25 a.m. on the westbound side, was cleared by noon.

At least one person was injured in each crash, highway officials said.

At least two people have been injured in a pair of wrecks that occurred around midday Wednesday on opposite sides of Interstate 30 near the Arkansas River bridge.

Traffic was reported to be backed up in both directions, though the first wreck — which happened before 11:25 a.m. in the westbound lanes — had been cleared by noon.

Officials described that crash as a “rollover injury accident.”

The highway department said the second wreck happened in the eastbound lanes a short time later. It was blocking the inside and middle lanes at 12:10 p.m. At least one person was said to have been hurt, though details weren't released.

Arkansas Online’s traffic map showed travel slowed in both directions of I-30 shortly after noon.

The highway was said to be clear of wintry precipitation at the time of both wrecks.