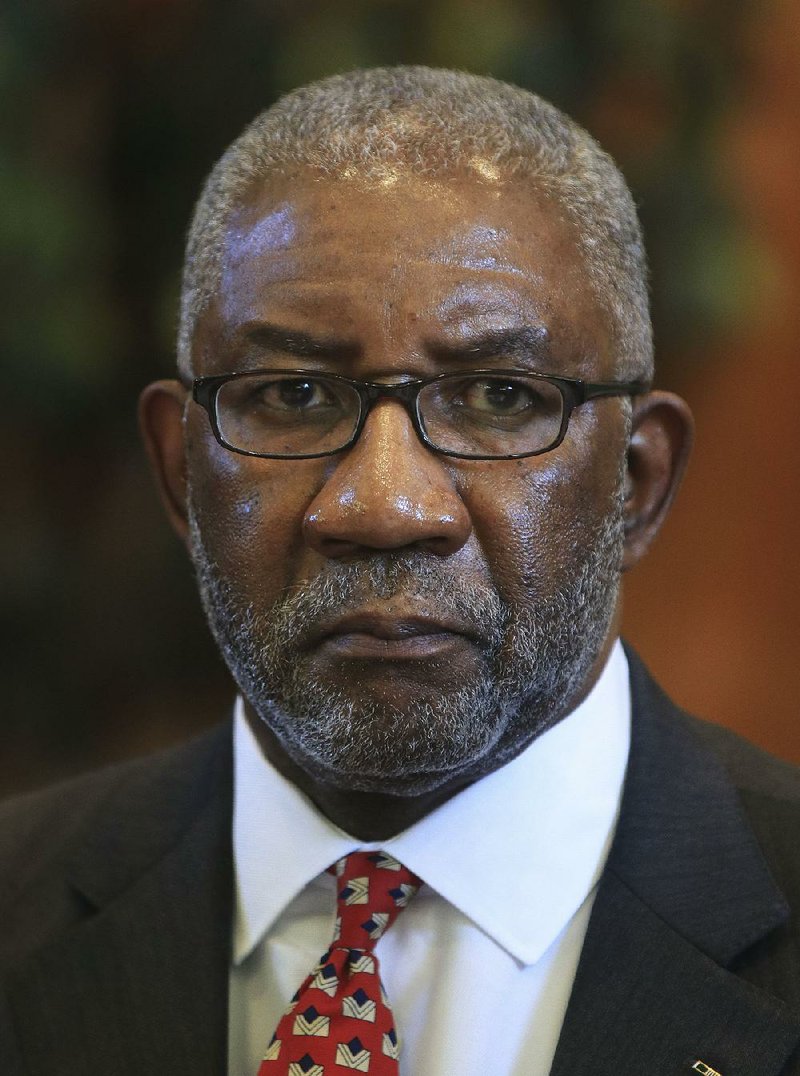 Attorneys for Pulaski County Circuit Judge Wendell Griffen, who in April was stripped of his authority to preside over any civil or criminal cases involving the death penalty, urged a federal judge to deny requests from the seven justices of the Arkansas Supreme Court to dismiss Griffen's lawsuit against them.

On Dec. 19, an attorney for three of the justices and the court itself asked U.S. District Judge James Moody Jr. to dismiss the lawsuit, asserting that it "is not about the death penalty, freedom of speech, the free exercise of religion, due process or equal protection. It is about the authority of the Supreme Court of Arkansas to ensure that litigants in the state's courts receive the due process consideration to which they are entitled under the Constitution of the United States."

In a response filed Tuesday to that and similar motions to dismiss filed on behalf of each of the justices, attorneys for Griffen maintained that the Arkansas Supreme Court's authority isn't limitless and is in fact "bound by the limits of the United States Constitution."

"They cannot violate the Constitution with impunity and without any possibility of review or redress by federal courts," said the response signed by attorneys Michael Matthews of Tampa, Fla., and Michael Laux and Austin Porter Jr., both of Little Rock.

Griffen, a circuit judge since 2011 who is also a Baptist minister, alleges in his Oct. 5 lawsuit that the Supreme Court justices violated his rights through a disqualification order they issued April 17 in response to an ex-parte request from the attorney general's office to remove Griffen from presiding over a lawsuit brought by the manufacturer of a lethal-injection drug.

On April 14, Griffen had granted a temporary restraining order at the request of McKesson Medical-Surgical Inc. to stop the state from using the drug vercuronium bromide because, the company said, the state had illegally obtained it. Griffen's order was based on McKesson's showing that "its property rights had been violated," and was "based on well-established principles of contract and property law," according to the response filed by his attorneys.

On the same day he granted the order, Griffen and members of his congregation at New Millennium Church participated in a prayer vigil outside the Governor's Mansion in moral and religious opposition to the death penalty.

While attorneys for Supreme Court have said Griffen's order effectively stopped the state from carrying out scheduled executions, his attorneys argued that the McKesson case didn't involve a ruling on an execution.

They also noted that on April 15, a federal judge -- U.S. District Judge Kristine Baker -- stayed the executions that prompted the McKesson suit, stopping those that were to be carried out between April 17 and April 28. Baker's order negated the need for any urgency to remove Griffen from the McKesson case, his attorneys noted.

Griffen's attorneys said the Supreme Court's disqualification order also "went beyond the relief requested by the Attorney General and banned Judge Griffen from presiding over any case involving the death penalty or the state's execution protocol."

This was done "without adequate notice to Judge Griffen and in violation of its own procedural rules," Griffen's attorneys argue.

They explained: "The Supreme Court's apparent justification was the Arkansas Code of Judicial Conduct's prohibition on a public statement that 'commits or appears to commit the judge to reach a particular result or rule in a particular way in a proceeding or controversy.'

The attorneys said the McKesson case was a property rights case, and that "in the only death penalty case to come before Judge Griffen in recent months, Judge Griffen ruled to enforce the death penalty and allow executions to proceed in accordance with Arkansas Supreme Court precedent" -- despite his personal and religious opposition to the death penalty, as he has stated in blog posts.

In the case to which they were referring, known as Johnson v. Kelley, Griffen dismissed a lawsuit filed by nine death-row inmates challenging the constitutionality of their method of execution. His ruling allowed their executions to go forward, which his attorneys say demonstrates that he "has always attempted to interpret and apply the law according to governing law and precedent."

The high court's edict "in fact had no justification in fact or law and was, rather, motivated by a desire to punish Judge Griffen for speech and religious expression that the Arkansas Supreme Court found distasteful, as well as by racial animus against Judge Griffen, who is black," Griffen's attorneys said. The Supreme Court justices all are white.

The effects of the disqualification order, according to Griffen's attorneys, are that he has been "publicly deemed unfit to rule impartially in one of the most important categories to come before any judge, damaging his prospects for career advancement and the ability to fulfill the duties for which he was elected."

They urged Moody to allow Griffen's lawsuit to go forward, stating that he has met the threshold for the early stages of a lawsuit, before the discovery process begins, by stating plausible claims of First Amendment retaliation on the basis of speech and religion, violation of the Arkansas Religious Freedom Restoration Act, denial of his procedural due process rights, violation of his rights to equal protection, and civil conspiracy.

In the latter claim, Griffen alleges the justices communicated among themselves throughout the weekend of April 14 "about how to strip Judge Griffen of the power to hear and decide cases involving capital punishment," ultimately bringing about the Disqualification Order.

Griffen, a pastor since 2009, was elected in 2010 and again in 2016 to six-year terms, and his "convictions as a follower of Jesus are central to his identity," his attorneys said.

He was acting in his personal capacity, not his official capacity, when on April 14 -- Good Friday -- he attended a peaceful rally on the steps of the state Capitol and then the prayer vigil, his attorneys said, pointing out that "In neither instance did he make a speech, identify himself as a member of the judiciary, or exercise any judicial duties."