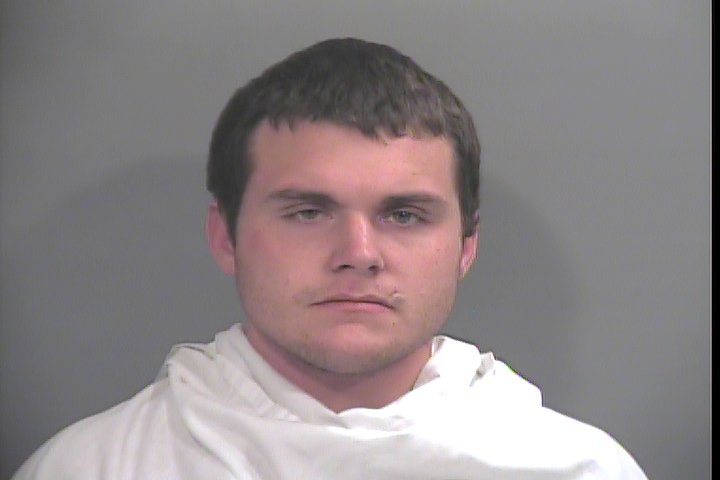 A Northwest Arkansas man is in custody after a female victim ran into a restaurant covered in blood Monday, authorities said.

Fayetteville police were called to Pesto Cafe, 1830 N. College St., around 10:30 a.m., court records show. The injured individual was said to have significant wounds to her head and face that appeared to have been inflicted by a sharp object.

A witness told police he saw her run out of a room at the Chief Motel, which shares a parking lot with the restaurant, screaming for help.

Investigators searched the room, finding blood on the room's door and on the floor, the affidavit states. A spoon with possible burn marks was found near the bed.

A man identified as Dakota Ryan King, 25, was discovered in the bathroom with blood on his face, arms and hands, according to the document. Police found a folding pocketknife covered in blood on the floor and noted King seemed to have been trying to conceal it.

The 25-year-old reportedly began speaking nonsensically when taken into custody, saying he didn't know what had happened or who was involved. Authorities wrote he admitted to having the knife in his possession.

Upon examination, the victim's injuries to her hands were said to be defensive wounds from a knife.

King is charged with first-degree battery and aggravated assault. As of Thursday afternoon, he was being held at the Washington County jail in lieu of $7,500 bond.