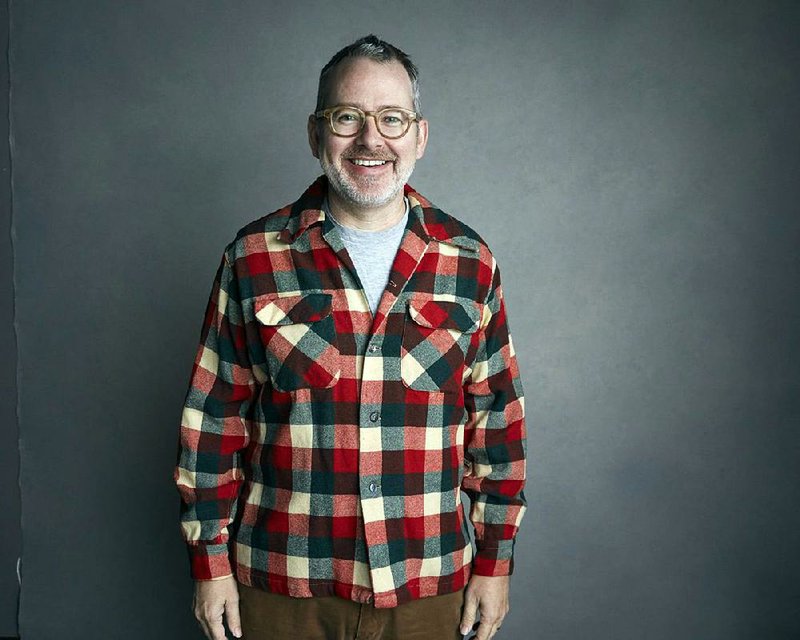 Morgan Neville was intent on not canonizing children television host Fred Rogers in his documentary Won’t You Be My Neighbor?

It's hard to believe that Fred Rogers died in 2003.

Yes, it has been 50 years since his influential television series Mister Rogers' Neighborhood debuted nationally on PBS, but across America, people still wear T-shirts with his face announcing that "It's all good in the hood." There are now Funko Pop figurines of him, and people even cosplay as him. In addition, his beloved Daniel Tiger is no longer a mere puppet on Rogers' arm but has a show and a following of his own.

Tom Hanks is even playing Rogers in a forthcoming movie, and he's currently the subject of a new documentary, Won't You Be My Neighbor? from Oscar-winner Morgan Neville (20 Feet From Stardom).

"One question I get all the time is 'Who is the new Mr. Rogers?' My answer is, 'It's us.'," Neville said during an interview at the True/False Film Festival in Columbia, Mo., in March.

"He was human. JoAnne (Rogers, his widow) told me when I started this movie not to make him a saint. It's easy to sanctify Fred Rogers, but his struggle was human. Even in that memo he sent to himself, he's like a tortured artist. Even on his deathbed, he was asking, 'Am I a sheep?' He was constantly questioning his own abilities and his efficacy. The problem with him being a saint is that we don't have to live up to it. They're on another plane. Part of what I want to talk about is what our responsibility is."

If Rogers and his seeming omnipresence are to be celebrated, it's because his show helped children understand difficult questions that one couldn't solve or even ask on a Bugs Bunny cartoon. Bugs' witty capers served a different purpose.

One of the more jaw-dropping excerpts included in Won't You Be My Neighbor? is when the TV series actually addressed the Vietnam War. That episode aired shortly after the Pittsburgh-based series debuted to the nation.

"To this day, can you think of any other kids show that does that?" Neville said. "There were so many examples we didn't put in just because it became overwhelming. The parallels with today were so vast that we didn't want to hit it too hard. He did episodes about AIDS. He did episodes about nuclear holocaust. It was around the time of The Day After. He did something to help parents talk about these issues."

Rogers also dealt with things that weren't problems. Thanks to Rogers' show kids learned that getting sucked down the drain of a bathtub wasn't a danger.

"He wrote a song about it. 'Don't worry you're not going to get sucked down it.' That was one of Fred's worries when he was a child. Most adults say, 'Don't worry about it. It's fine.' He leans into it. He's not condescending about it. There are problems, but this is not one of them, and this is how it works," Neville said.

Rogers grasped something about children's television that many of his peers and successors have not: Not all kids are the same. Selling cereal isn't the only goal such programming should have.

Rogers' goal was also different in the fact that he wasn't out to hawk toys, although there are plenty of them now. Careful viewers will notice a consistent nod to a higher calling. Rogers was, after all, an ordained Presbyterian minister.

"This was Fred's reading of the Gospel. Mister Rogers' Neighborhood is a very thinly veiled ministry. It's a place of love and inclusiveness. In a way, Fred was the first televangelist. It's not a big deal to go from 'Won't you be my neighbor?' to 'Love thy neighbor.'"

As part of his mission, Rogers sought to include people who didn't look or act like him on the show.

"Fred Rogers is one of those rare cultural figures who's beloved by everybody. It's partly because most people's association with Fred Rogers predates their association with an adult label. When they were watching him, they weren't from this tribe or that tribe or this party or that party or this religion or that religion. This was Fred's reading of the Gospel," Neville said.

One other striking aspect of Mister Rogers' Neighborhood is how everything looks not only homey but cheap. The hood in the series featured simple sets and Rogers' own minimalist puppetry.

Every expense seems to have been spared. Neville said that's not a problem.

"What does a 3-year-old care about production value? Having elaborate sets isn't what it's about. It's about the human connection. If you go back and look at early Saturday Night Live, and you look at their parodies of commercials, they're hilarious. If you look at production value of the parodies on Saturday Night Live now, they're super high end, but it doesn't actually make it funnier in most cases," he said.

As Won't You Be My Neighbor? reveals, Fred Rogers may have had doubts and even quirks (he was obsessed with his adult weight of 143 pounds). Nonetheless, the man on camera was the same when he left the studio. Nonetheless, Neville includes statements from the TV host's detractors.

"Fred didn't have any big skeletons, but we kept trying to poke his bubble," Neville said. "I've seen this a lot in documentaries. There's a natural inclination to fall in love with your subject and then to put them on a pedestal. That is the worst thing you can do. I have a whole theory about this, and I call it the 'Inoculation Interview,' which is take somebody who disagrees completely with the premise of your film, and put them in the middle of your film, and it will make your film so much stronger, because it allows your film to build up the antibodies. I've seen a lot of documentaries where if they had at least one person disagree instead of, 'Yeah, he was the greatest.'"

Exploring how to maintain communities despite disagreements and how to tell what's real and fiction is a constant theme in Neville's work. He and Robert Gordon shared an Oscar nomination for Best of Enemies, about the heated 1968 televised debates between William F. Buckley Jr. and Gore Vidal.

More recently, he and Facebook teamed up for the short film Facing Facts: An Inside Look at Facebook's Fight Against Misinformation. It explores how the social network wound up distributing tons of bogus information and how the company is trying to remedy it.

If Won't You Be My Neighbor? explores familiar subjects for most Americans, it's new to Neville's own children.