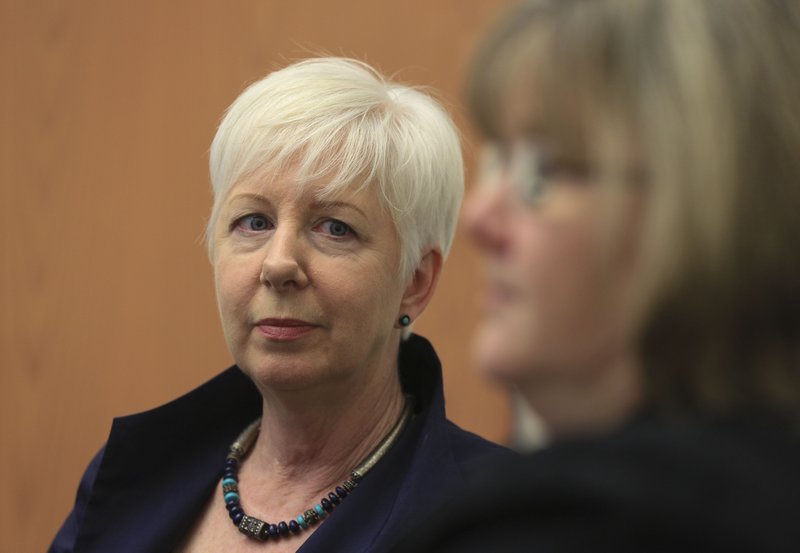 Legislators reviewing an audit into record-keeping problems and poorly tracked spending at the Arkansas Department of Human Services questioned Tuesday why the agency's director, Cindy Gillespie, was not in attendance.

In April, auditors for the Legislature released a report that found that several divisions within the Human Services Department had failed to keep track of their spending of federal dollars, and that Arkansas may owe the federal government as much as $126 million in questioned costs, the Arkansas Democrat-Gazette reported then.

At the time, the Legislative Joint Auditing Committee kicked the report down to its Medicaid subcommittee, which met Tuesday.

On top of reviewing the state audit, lawmakers on the subcommittee received a letter from the federal Department of Health and Human Services' Centers for Medicare and Medicaid Services, which cited an Office of the Inspector General's report that also found problems with record keeping at Arkansas DHS.

The Centers for Medicare and Medicaid Services has asked the state to repay $27.86 million, a price that is still under negotiation, said Misty Bowen-Eubanks, the interim chief fiscal officer at DHS.

Kelley Linck, a former lawmaker who now serves as the legislative liaison for DHS, was also on hand Tuesday to discuss the steps the department had taken to address the concerns in the reports.

Those responses included a new internal plan for tracking agency reports, and implementing a federal reporting system for Medicaid and the Children's Health Insurance Program, according to a list given to lawmakers.

"We will make mistakes," Linck said. "We don't want to make the same mistakes twice."

But several lawmakers said the response from the agency had been inadequate so far.

A vice chairman of the committee, state Sen. Linda Collins-Smith, R-Pocahontas, said she had been upset that Gillespie did not attend the April meeting, and had sent a request to have Gillespie attend Tuesday.

Gillespie was not in attendance.

"Is there some reason ... our director doesn't see fit to at least come here and say, 'We're on top of it?'" asked state Sen. Terry Rice, R-Waldron.

Gillespie was in Little Rock on Tuesday, according to a department spokesman who said the director is routinely invited to all legislative committee meetings regarding her department.

"In this case, she put together a strong team of people to address Audit's concerns and felt it was important that those individuals -- the subject matter experts -- be at the table," said the spokesman, Marci Manley, in an email.

The co-chairman of the Medicaid subcommittee, state Rep. Dan Sullivan, R-Jonesboro, said the group will meet again in September or October to discuss the audit, and he hoped Gillespie would attend.

"We got the message loud and clear," Linck said.