RESTAURANTS FROM SCRATCH: How All Aboard, where food is delivered via train, got its start in central Arkansas 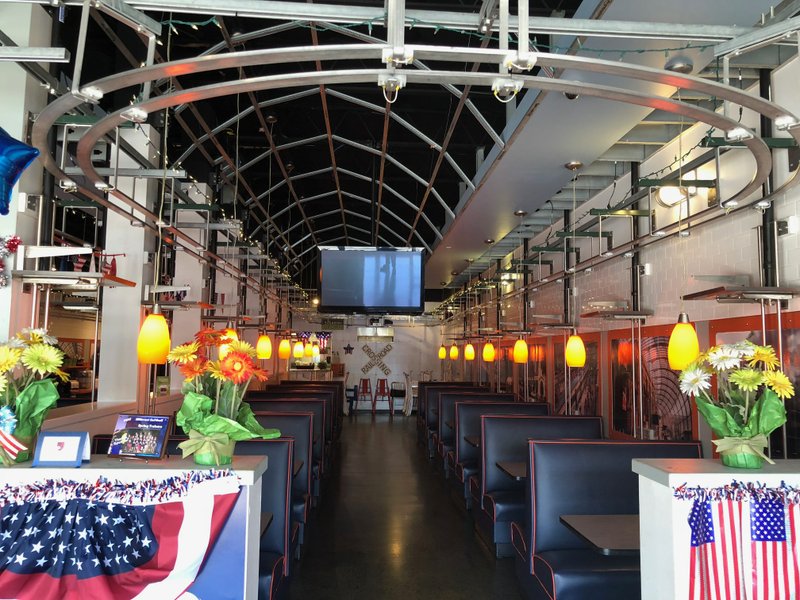 The interior of All Aboard Restaurant & Grill at 6813 Cantrell Road in Little Rock. Another outlet is in Benton at 20320 Interstate 30 North, Suite 170.

Vincent Schallenberg knew a thing or two about the restaurant industry by the time he launched his own eatery in Arkansas’ capital city.

But he enlisted the help of his brother-in-law for the more unfamiliar element — the part that required constructing train tracks above customers’ tables as a food delivery mechanism.

“We just kind of put those two together,” All Aboard Restaurant & Grill owner Schallenberg said of the development process.

The idea, which came to fruition in Little Rock’s Westgate Shopping Center in 2011, came out of a trip to a Chicago eatery of a similar name that, like Schallenberg's iteration, placed meals on rails and in front of patrons — albeit on a countertop.

“We didn’t want other people touching each other’s food, so we thought, ‘Let’s get it up in the air and then drop it down,’” Schallenberg said.

Schallenberg’s brother-in-law, mechanical engineer Brian Doyle, spent about three months building the suspended platform for a computer-programmed network of mini-locomotives. Food would eventually be loaded into overhead bins, distributed down the tracks and lowered onto customers’ tables.

“It did not seem as complicated as it was,” 52-year-old Schallenberg said. “My brother-in-law has the skill set for that, so it was more like a hobby for him. It was like a Tinkertoy set.” 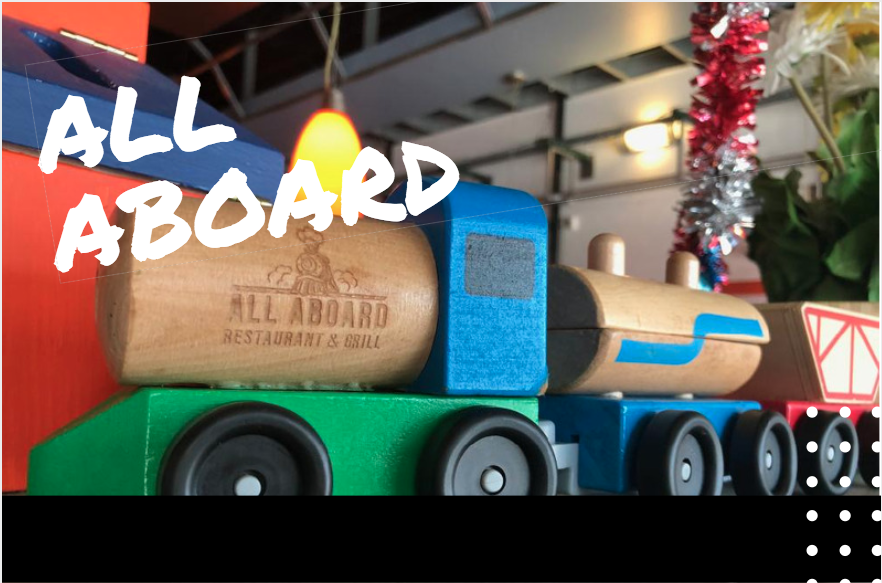 LEFTOVERS: All Aboard Restaurant & Grill owner Vincent Schallenberg's answers to our 11 quick-fire questions

Schallenberg’s foray into the restaurant scene began at the age of 14 as a busboy at a chili restaurant in Independence, Mo. The industry veteran of more than 30 years later worked at Bennigan’s and Steak and Ale in Boston before joining Corky’s BBQ as a 14-year partner.

For the owner, the All Aboard concept was also a tool for him to fill two voids he'd seen in the industry: a lack of nutrition in the food children consumed at many eateries and a diminishing emphasis on family time at the dinner table.

“Kids were always the secondary thing, but we didn’t want a Chuck E. Cheese’s where there’s sensory overload,” Schallenberg said.

Schallenberg said the menu is a collection of fare intended to bring “all aboard,” including vegans and vegetarians as well as those with special dietary needs.

“We looked at childhood obesity and menu items that would be more healthy — fresh vegetables, freshly prepared food,” Schallenberg said, noting data showing Arkansas as being among states with the highest obesity rates.

The train-themed eatery concept shows no signs of running out of steam anytime soon, according to the owner.

A second All Aboard — serving more patrons in a space about 500 square feet larger than the Little Rock outlet — opened last year at the Shoppes of Benton, and more locations are being considered.

“Our goal is really probably to franchise,” Schallenberg said, adding that “we’ve had so many inquiries already, from North Carolina to Texas to San Francisco.” He estimated that about a dozen such requests come in monthly.

A company-owned location in Conway is likely the next target, the restaurateur said, noting the central Arkansas city’s proximity to the two existing outlets. He has also seen interest in setting up locations in Cabot, Searcy and Rogers.

“It gives [customers] an attraction. You don’t see that every day,” Schallenberg said.