A Bentonville mother running for the state Legislature may use campaign funds for certain child care expenses while she is out seeking votes, the Arkansas Ethics Commission said in a ruling Friday.

The ruling, which was approved in a 4-0 vote of the commission, directly applies only to Gayatri Agnew, a Democrat running in House District 93. But it comes at a time when dozens of women are running in contested state and federal races in Arkansas.

"It's been a hot topic among candidates because it's a hidden cost that you just don't see," said Agnew, a 36-year-old who has two children under school age.

In a letter to the Ethics Commission last month, Agnew's husband, Ryan, an attorney, said the couple work full time and have on occasion had to hire baby sitters on nights and weekends when Gayatri Agnew is campaigning and her husband is working or at an event with her. In an interview Friday, Agnew said sometimes she is able to leave her kids with her mother, who also lives in Northwest Arkansas.

While listening to NPR in May, Agnew said she heard about a Federal Election Commission ruling that a female congressional candidate in New York could use campaign funds to pay for child care, prompting her to wonder what was allowable under Arkansas law. She said she had not spent any campaign funds on child care before the panel's ruling.

Arkansas' campaign finance laws prohibit candidates from taking contributions as "personal income," but they can be used for campaign-related expenses, such as purchasing gas or tickets to an event -- and even as lost wages if a candidate is made to work less.

Graham Sloan, the director of the Arkansas Ethics Commission, said the board had never been asked to opine on allowing for child care expenses.

The opinion Friday can be followed by other mothers and fathers running for office, Sloan said, though he cautioned that added guidance from the commission may be needed in cases with different sets of circumstances. For example, he said the child care expenses would have to be related to the campaign in some way.

"You couldn't just start paying your ordinary day care out of the campaign," Sloan said.

Agnew said she would like to see the commission adopt a new rule to clarify what expenses are allowable.

"It's not really about me," Agnew said. "What if my mom didn't live here or my husband didn't watch the kids? I couldn't run for office."

Another mother running for the state House in nearby District 95, Democrat Celeste Williams, said she typically pays baby sitters $5 per child per hour. With five children all under age 10 in her family, Williams, 43, said the costs add up while she's campaigning and her husband has to work.

"The added expense of child care when running a campaign, it's been hard for us at times," Williams said.

The chairman of the Arkansas Democratic Party, Michael John Gray, said he'd been approached by Agnew and other first-time candidates running for office about child care expenses on the campaign trail. A 42-year-old father of a 3-year-old, Gray said he was "encouraged" by the commission's opinion.

In a statement, Arkansas Republican Party Chairman Doyle Webb said, "This issue has not been raised within our party organization." He said it was up to the Ethics Commission to decide.

While fathers running for office can also take advantage of the opinion, Agnew said, "It hits women differently."

Of the 31 women running in contested state legislative races this November, 16 are Democrats, 11 are Republicans, three are Libertarians and one is an independent. Almost half are running in Northwest Arkansas.

Told of the opinion, Republican state Sen. Breanne Davis of Russellville -- who is expecting her fourth child in about a week -- said it was a positive step. During her run in a special election earlier this year, Davis, 35, said she and her husband relied on "shuffling" their children between friends and family members living nearby while Davis campaigned.

However, Davis acknowledged, not every family has such connections to rely on.

"I think it's important to have all sorts of people representing us," Davis said.

Ethics commissions in Alabama and Texas have followed the Federal Election Commission's example in allowing campaign funds to be used for child care, according to news reports. Last week, however, the Iowa Ethics & Campaign Disclosure Board ruled against allowing such expenditures. 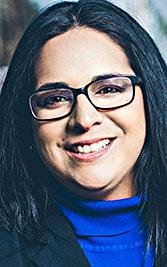 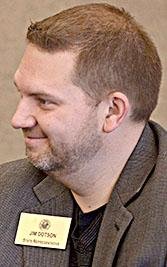 Photo by Ben Goff
Jim Dotson is shown in this photo.