An Arkansas Medical Marijuana Commission member was offered a bribe by one of the unsuccessful applicants for the state's first cannabis growing licenses, the commissioner told authorities.

The reported bribe attempt by Natural State Agronomics -- now the subject of a law enforcement investigation -- was made public Thursday after the Arkansas Supreme Court unsealed a letter submitted to the court earlier this week by Arkansas Attorney General Leslie Rutledge.

The report is the latest question raised about the process to license Arkansas' first medical marijuana growers. Unsuccessful applicants have questioned the integrity of the process. On Thursday, before the letter was unsealed, state attorneys and attorneys for the companies that stood to receive licenses defended the process before the state Supreme Court.

In the letter, Rutledge wrote that the unnamed commissioner said he did not accept the bribe offered by Natural State Agronomics, but he did give the company the second-highest score among the 95 applications he graded. The letter also noted that the score was significantly higher than those given to the company by the other four commissioners.

The commissioner, Dr. Carlos Roman, gave Natural State Agronomics 90 points -- the second-highest among applications he reviewed. The other four commissioners gave the same application scores ranging from 66-77. The third-highest score Roman gave was a 77. The maximum potential score was 100.

"It should be noted that there is no specific law or regulation requiring a commissioner to report a bribe attempt, and we have no evidence that the commissioner took the bribe or based his scoring on the offer," the letter reads.

"Still, we believe we needed to provide these facts to the tribunal."

Rutledge had asked the court to keep the letter sealed because of the ongoing law enforcement investigation and because it contained information that may be protected as attorney-client privilege.

It's unclear what agency is investigating the matter, and a spokesman for Rutledge declined to specify Thursday. An Arkansas State Police spokesman said his agency wasn't investigating it.

When rumors about a potential investigation began to circulate last week, an FBI spokesman said, "We have no comment at this time," when asked about the state's medical marijuana program.

The court denied Rutledge's motion to keep the letter sealed and granted Natural State Agronomics' motion to strike the letter from the record, meaning the court won't take it into consideration when it decides the appeal.

In a Wednesday motion that was sealed until Thursday, Natural State Agronomics' attorney, Robert Tschiemer, said he wasn't aware of the allegations.

"This Court should strike the alleged and scandalous material and grant all relief to which is proper," the motion read.

Natural State Agronomics was the 52nd-ranked company that applied for growing licenses. It planned to open a cultivation facility in Jefferson County.

Ken Shollmier, a Little Rock businessman and real estate developer, is the company's registered agent, and its website says he founded the company. Shollmier is also a member of the Arkansas Economic Development Council -- the 16-member body appointed by the governor. He's also a frequent donor to the University of Arkansas, Fayetteville, which has named a lecture hall and plaza after Shollmier and his wife, Linda.

"I'll let them do all the talking for now," he said.

Thursday's oral arguments focused predominately on the legal proceedings that led to the March ruling from Pulaski County Circuit Judge Wendell Griffen that effectively dismantled the commission's scoring of 95 cultivation permit applications and paused the scoring of 227 dispensary applications.

Rutledge appealed that ruling, arguing that Griffen overstepped his authority. The high court is expected to rule on her appeal in the next few weeks, and its decision should provide some clarity as to when the drug, which must be grown in Arkansas, will be available for purchase.

Jay Bequette, an attorney for unsuccessful applicant Naturalis Health, told the Supreme Court on Thursday that the commission's process was "fundamentally flawed and corrupt."

Roman, the company argued, was biased when grading the application of top-ranked Natural State Medicinals Cultivation because his personal and professional friend, Dr. Scott Schlesinger, was one of the company's stakeholders.

State attorneys have pointed out that Natural State Medicinals Cultivation's application was among those ranked highest by all five commissioners. They've also argued that the commissioners weren't aware of the people behind each application because, to prevent scoring bias, personal identifying information was redacted before commissioners received the proposals.

Roman, in an interview earlier this year, defended the scoring process, denying that his relationship with Schlesinger affected scoring in any way.

Arkansans voted to legalize cannabis for medical use in 2016, approving Amendment 98 to the Arkansas Constitution. Gov. Asa Hutchinson, in a wide-ranging news conference Thursday, acknowledged the delays in implementing the amendment, but he said other states where the drug was legalized have faced similar delays.

Hutchinson opposed the referendum to legalize medical marijuana, but after it passed, he committed $3 million in state funds to get the program off the ground.

He has said he respects the commission's independence, but he would've rather seen them use a lottery-style system to determine the winners of the growing licenses. Instead, the commission adopted a merit-scoring system.

The attorney general's letter, the Republican governor said Thursday, is concerning. While no rule or law requires it, Hutchinson said, the attempted bribe should've been reported when it occurred.

"Here again, it's an example of when you have average citizens -- who are trying to do their public duty and they don't have years of experience in public service and dealing with these issues -- we need to give them all the help we can," Hutchinson said. 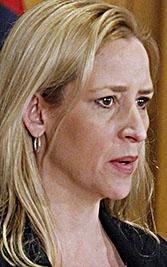 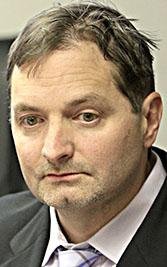