Arkansan arrested after trying to pay for meal with credit card stolen from waitress, police say 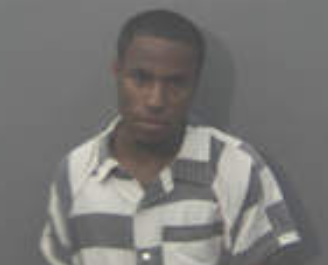 An Arkansas man was arrested Tuesday morning when he tried to pay a waitress for a meal with her own stolen credit card, police said.

According to the Pine Bluff Police Department, the 58-year-old victim's car was broken into Sunday outside the United Filling Station at 5320 Dollarway Road. Her purse, which contained her credit cards and driver's license, was taken, according to a news release.

Two days later, while working a shift as a waitress at Shannon's Restaurant at 5511 Dollarway Road, she looked at a card when she went to ring up one man's purchase and reportedly saw her own name.

She called police, "having no desire to pay for the fellow's meal," the release states.

Shamon West, 21, was arrested and charged with forgery and theft by receiving, police said. The Pine Bluff resident was being held at the Jefferson County jail in lieu of $2,840 bond as of Tuesday afternoon, records show.