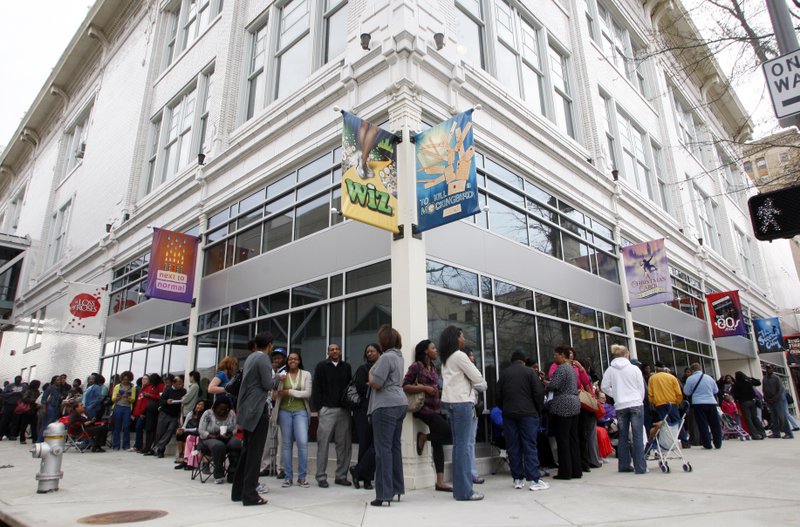 FILE — People line up around the block in front of The Rep in downtown Little Rock for the theater's "Pay What You Can Night" for the production of "The Wiz" in 2012.

The Arkansas Repertory Theatre is hosting a town-hall-style meeting to seek public input on its future Tuesday.

It's meant to give audiences, donors and other community members the opportunity to offer "constructive input to assist leaders in developing an action plan for the future of the state's largest nonprofit professional theater," a news release said.

Theater leaders said people are encouraged to RSVP by calling the box office at (501) 378-0405 or emailing info@therep.org.

The Rep announced in April that it was immediately suspending its operations due to significant cash flow issues. It had a $750,000 deficit, it said.

It has since announced it has received about $290,000 in donations and two grants collectively worth more than $1 million.