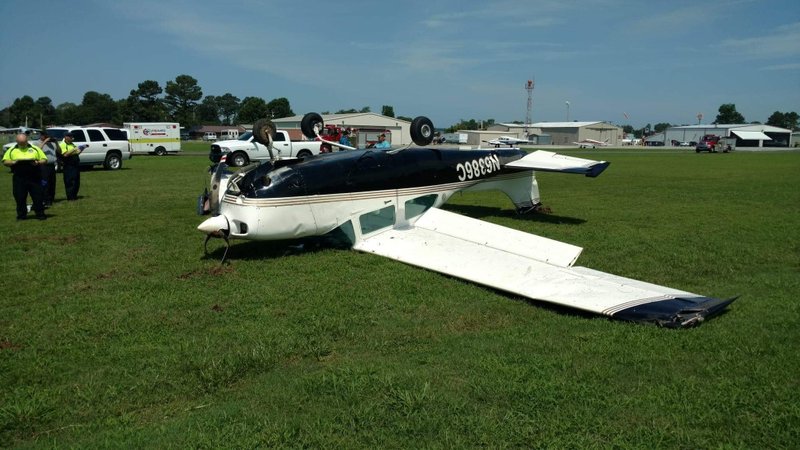 A small plane flipped after a crash landing Thursday morning at the Pocahontas Municipal airport.

No one was injured Thursday morning when a small plane crashed and flipped at an airport in northeast Arkansas, authorities said.

Pocahontas police Chief Cecil Tackett said the male pilot was attempting to land at 11 a.m. at the city's municipal airport when the crash occurred. When the aircraft touched down on the runway, it veered to the left and flipped.

It's possible a mechanical problem with the breaks caused the wreck, the chief said.

A National Transportation Safety Board investigation is ongoing.

The pilot, whose name and age have not been released, refused medical treatment and was seen walking around unharmed after the crash, authorities said.