Challenges to Arkansas' 5 picks for medical marijuana growers pour in 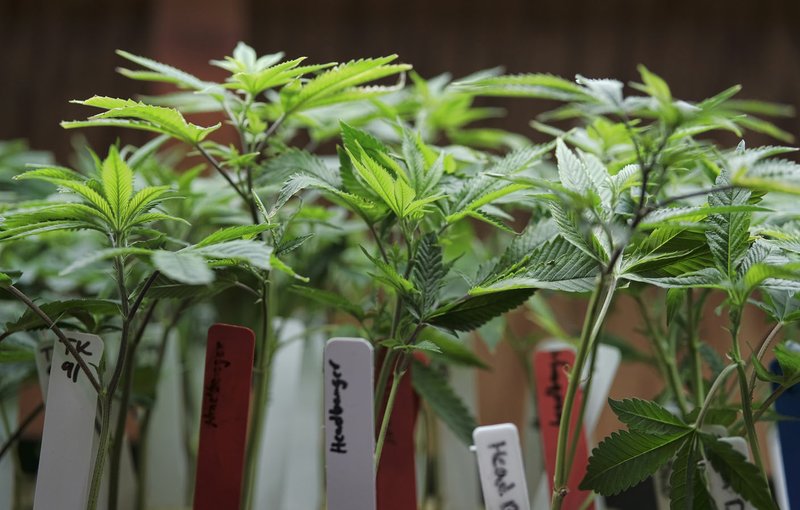 A flurry of challenges to the licensing of Arkansas' first medical marijuana growers continued to inundate state regulators Monday.

One unsuccessful applicant filed a letter of protest with the Arkansas Medical Marijuana Commission, requesting that it refrain from issuing cannabis cultivation licenses to the five highest-scoring applicants because the scoring process was flawed.

Earlier Monday, a state Department of Finance and Administration official said the agency was reviewing the tax status of those associated with the winning applicants after questions were raised about possible tax delinquencies among the future cannabis growers.

Monday's developments are the latest manifestations of last-ditch efforts by unsuccessful applicants to try and salvage one of the highly sought-after growing permits.

[DOCUMENT: Read the letter of protest + applications from the five firms selected to open growing centers]

David Couch, the Little Rock attorney who drafted the constitutional amendment that legalized medical marijuana, said Monday he wasn't surprised by the blow-back to the commission's evaluations. Industry insiders expect more challenges in coming days, including lawsuits against the commission.

"This is a huge investment for all the applicants -- a worthwhile investment," Couch said. "I don't think anybody will leave any stone unturned."

The commission on Feb. 27 announced the five companies that scored high enough to receive a license to grow medical marijuana pending the payment of a $100,000 licensing fee and posting of a $500,000 performance bond, which all five companies have done. The licenses are expected to officially be issued at Wednesday's commission meeting.

On Friday, retired state Court of Appeals Judge Olly Neal, who is also one of the owners of an unsuccessful cultivation applicant, filed an ethics complaint against Commissioner Travis Story, a Fayetteville attorney. Neal said Story should've resigned his post on the commission after learning one of his law firm's clients had applied for a growing license.

That company, Osage Creek Cultivation, was one of the five chosen to receive a license, and it, along with one other application, received the second-highest score among Story's evaluations. The Finance Department, which provides administrative support to the commission, has defended the process, saying the applications were "depersonalized" and redacted to remove any hint of bias.

Neal's group, Delta Cannabinoid Corp., on Monday sent a letter of protest to the commission, requesting that no licenses be issued due to a variety of issues. Delta Cannabinoid was the ninth highest-scoring company, and it would stand to receive a cultivation license if the top five applicants were disqualified, as the letter suggests they should be.

"The goal of this letter is to ensure Arkansas maintains a fair and equitable medical marijuana industry...," Griggs wrote. "Please accept this letter as a good faith attempt to resolve the issues with the Commission in an effort to preserve the integrity of Arkansas's medical marijuana program."

Scott Hardin, a Finance Department spokesman, said he expected the agency to respond fully to the letter today.

"Many of the points are based on limited information recently made available through the redacted top six applications," he said. "We will provide an appropriate response, offering context that clarifies and alleviates numerous concerns."

All five winning cultivation groups are limited liability companies, not corporations. Delta Cannabinoid argues that should disqualify them from consideration, citing a section of Amendment 98 that reads "a cultivation facility shall be an entity incorporated in the State of Arkansas."

Several attorneys interviewed by the Arkansas Democrat-Gazette on Monday weren't sold on the effectiveness of that argument, and Couch said his intent when he drafted the amendment wasn't to exclude limited liability companies.

"My intent was for every cultivation facility or dispensary to be 60 percent owned by people in Arkansas," he said.

Will Foster, a business and tax law professor at the University of Arkansas School of Law in Fayetteville, said in a phone interview Monday that "incorporated," in the technical sense, usually refers only to corporations, but he said the term often encapsulates limited liability companies in casual conversation.

"It's always hard to predict what the court would do in those circumstances, but I would be surprised if the court took that narrow a reading of that provision," Foster said.

The protest letter, which includes a copy of Neal's ethics complaint, suggests the commission should've adopted rules to mitigate any conflicts of interest, and the redaction process was inadequate. No licenses should be awarded until the state's Ethics Commission reviews Neal's complaint, the letter states.

The letter also points out several issues that have circulated as rumors around the medical marijuana community about small mistakes and technicalities present in some of the winning applications. For example, four of the five winning companies included passports to establish legal identity, and those passports lacked signatures. The U.S. Department of Homeland Security's rules state that a passport is only valid when signed.

Baltz, D-Pocahontas, had requested proof that top-scoring applicants met the tax requirements in the commission's rules. The agency denied to supply tax records housed within the Finance Department because those records are confidential.

Commissioner of Revenue Walter Anger went into the weeds of tax laws in Arkansas in the lengthy response, noting that individuals aren't liable for corporate tax delinquencies. Anger also noted that property taxes are considered local taxes, not state taxes.