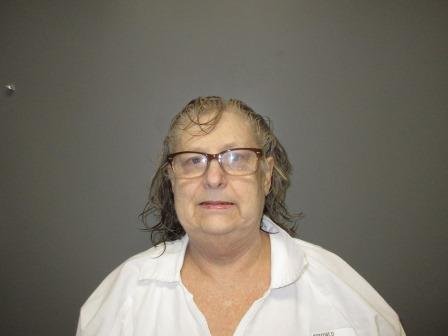 A Texarkana woman serving life in prison for killing her husband's square-dancing coach-turned-lover saw her capital-murder conviction upheld by the Arkansas Supreme Court on Thursday.

A split majority of the high court found that there was enough evidence -- a motive, possession of the type of gun used in the slaying and video footage tying her to the scene -- to support the jury's finding that Virginia Hyatt killed Patricia Wheelington on the morning of Dec. 3, 2013.

According to the court record, Hyatt and her husband, James, had moved to Texarkana a few years before the slaying, and soon began taking square-dancing classes at the Guys & Dolls Club, which was owned by Ray and Patricia Wheelington.

The two couples, along with several other square dancers, formed a social circle at the club. By 2009, Hyatt's husband and Patricia Wheelington had started an affair, according to court files.

Virginia Hyatt became jealous, and in December of 2013, James Hyatt filed for divorce and fled town, fearing for his safety, according to court records. Virginia Hyatt began confronting Patricia Wheelington over the phone and at her house. After a few days of that, friends found Patricia Wheelington shot to death on her front porch, records showed.

The next day, police arrested Virginia Hyatt, and at her home found a shirt with gunpowder residue and .38-caliber ammunition, the same kind that had pierced Patricia Wheelington's lungs. Virginia Hyatt told police she had gone to a McDonald's restaurant and later to a friend's house to watch The Price is Right on the morning of the killing, but police later obtained footage from the restaurant showing that she had not arrived there until well after they suspected that the crime occurred.

Police also submitted gas station footage showing a car similar to Virginia Hyatt's driving toward Patricia Wheelington's house around the time of the slaying, and then driving back the other way a short time later.

The majority opinion, written by Chief Justice Dan Kemp, said that evidence was enough to find Virginia Hyatt guilty and that the crime was premeditated.

"Specifically, it was possible for the jury to find Virginia -- who had four days to cool off after her husband left her -- acted with premeditation and deliberation when, armed with a gun, she intentionally drove to Patricia's house and shot her five times," Kemp wrote.

"They were really poor quality," McGough said of the videos Thursday. "It was really hard to see anything."

Still, McGough said the court's analysis of the case was thorough, and he was still contemplating his options Thursday.

He noted that the now 69-year-old Virginia Hyatt, who is at the McPherson Women's Unit in Newport, is in declining health.