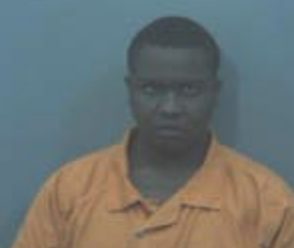 A teenager was shot outside an Arkansas church Saturday night, and one person has been arrested, police said.

According to a report from the city's Police Department, an officer put a tourniquet on Miller's arm before he was taken to Jefferson Regional Medical Center. His condition was unknown Monday.

Miller and a witness told police that the shooting happened outside of Prairie Lake Missionary Baptist Church, 2611 S. Indiana St.

Authorities said they followed a trail of blood from East 27th Avenue to South Indiana Street, where it continued into the church’s parking lot. The trail eventually led to the parking lot of the apartment complex, the report noted.

Several spent shell casings and a tactical gun light with a red laser sight were reportedly found in the street in front of a residence in the 700 block of East 27th Avenue.

According to a statement from Lt. David De Foor, 18-year-old Demarious Goal has been arrested in the shooting. Records show he remained at the Jefferson County jail Monday afternoon, and no bail had been set. He faces charges that include first-degree battery and unlawful discharge of a firearm from a vehicle.